The Psychology Of Money Making 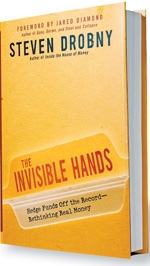 One class of professionals who flourished after the financial crisis is authors who wrote myriad books on the subject. Invariably, most of the books have been worded with clever hindsight as they eloquently pontificate on what should or should not have been done.

Steven Drobny steers away from such bromides and brings in a breath of fresh air in this book — his second. Drobny starts by highlighting the concern of real money funds, such as pension funds, which went bust during the crisis on account of investment decisions going awry. Instead of dissecting what went wrong, he focuses on 10 hedge fund managers, who succeeded with adaptive strategies.

Two things stand out in this book: first, these wizards go as anonymous investors, and the second is that their thoughts come out through meticulously prepared interviews. Refreshingly, the interviews are quite easy to read as the style is conversational. It is, hence, not without the touch of literary irony that Drobny has titled his book the invisible hands.
An important lesson emerging is that the pain of investment losses is not linear and there is a kink after which one is forced to change behaviour. Therefore, short-term investment performance has consequences for the long-term investor. Drobny concludes that it is easier to be a proprietary trader as you know your risk and losses, and are prepared for it. But, the same does not hold for a fund manager who is working on other people's money.

Drobny talks a bit on the questions that we keep posing in these crazy markets. Should we hold illiquid instruments with higher returns? Do we deal with instruments where we can exit easily? To hedge illiquidity, do we need to stay liquid? Is holding cash actually cheap when the chips are down? Should it be commodities or equities or bonds or currencies, or something of everything: if so, then how much of each? Does the Sharpe ratio (risk-adjusted return) matter?

Drobny's book dwells on portfolio construction, investment and risk management. But there are evidently no clear answers and the 10 invisible investors go with a different set of names, which adequately capture their approach to investment. The ‘house', for instance, kept several hundred positions open at any point of time, while the ‘philosopher' went behind the numbers and looked at economic fundamentals to create models of potential outcomes in terms of probabilistic expectations.

The ‘bond trader' made sure that he never had a situation where redemptions created a deluge. The ‘professor' was an adventurer who scoured the world for trading ideas and translated them into risk-reward outcomes. Cogent risk management involves using the ‘titanic funnel' to estimate maximum loss. The professor, in fact, thinks Indian markets are hot, because with half the investment ratio of China, India trails in gross domestic product growth by just about a percentage point.

The ‘commodity trader' goes on hard fundamentals and believes that speculation can work in the short run, but never in the long run. He worked on buying volatility when it was cheap to earn asymmetric payoffs. The ‘commodity investor' was a long-run bull who managed risk by hedging large tail risks and worked on triangulated conviction — a complex thought where a simple theme is run across a matrix of assets after studying the micro and macro aspects. Risk management is through diversification, direction (long or short) and duration (commodities are long and equity short). The ‘commodity hedger', a lady this time, uses stringent risk management collars on all large trades which would have actually saved the real money funds substantial looses.

Then there was the ‘equity trader', who took a risk-based approach when managing real money portfolio, and would aim to get the best beta. Changing the style of operation every six months, typified what Drobny has called the ‘predator' who ensured that you never find out how he operates, and hence stays ahead in the race. In 2008, he abandoned value considerations, reduced exposures, and settled for cash. Typically, he makes money on the long side and uses the short side to manage risk. Lastly, the adaptable investor is the ‘plasticine macro trader' who gets various ideas, and then manages risk by being malleable and flexible.

Each of them had their favourite investments such as residential estate in the US, inflation linked debt, sub-Sahara, Latin America, currencies, crude oil, soya bean, gold and oil. One of them with a touch of humour went on to say that all he needed was a Bloomberg terminal!

By talking to the winners themselves and getting them to answer queries on asset allocation, Drobny makes the book extremely informative and readable. For those not too familiar with the nuances of finance, there are help boxes that help you meander through the labyrinth of jargon, so that the reader can navigate the pages as successfully as the invisible hands did with their terminals.

Author Details:
Steven Drobny is co-founder of Drobny Global Advisors (DGA), an international macroeconomic research and advisory firm. Drobny has worked with Deutsche Bank's Hedge Fund Group in London, Singapore and Zurich. He holds a master's degree from the London School of Economics and Political Science. His first book is Inside The House Of Money: Top Hedge Fund Traders On Profiting In The Global Markets.