The Pros And The Cons 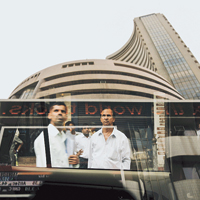 With the secondary market touching a 17-month high of 17200 (Sensex as of 14 October), investors and market analysts might assume valuations in the primary market would also be on fire. They would not be completely off the mark, but the response to new initial public offerings (IPOs) has been a bit muted. This is indicated by the response received by Indiabulls Power's IPO, open from 12-15 October.

The company's Rs 1,390-1,530 crore IPO at a price band of Rs 40-45 (excluding anchor investors' portion of Rs 275 crore at Rs 45) was oversubscribed by 8.8 times as of 14 October. But this was purely due to bids by institutional investors, who are required to pay up just 10 per cent margin compared with 100 per cent margin for other investors.

Adani Power's IPO in August, when secondary market indices were much lower, had attracted over-subscription by 18 times with the retail portion seeing 2.9 times over-subscription. Indiabulls Power, being the latest entrant on the power sector, attracted tough scrutiny by brokerage firms' analysts. Most of them, including firms such as ShareKhan, Angel Broking, IFCI Financial Services and Noble Group, gave negative recommendations.

"Given that Indiabulls Power does not have operational experience — its power plants get operational only in FY2013 — further equity dilution seems inevitable due to absence of internal accruals, investors have to be sure whether the IPO was not being over-priced," says Bhargav Buddhadev, power sector analyst at Noble Group. This can be a drawback. As Gaurav Dua, head of research at Sharekhan says, power plants going live after two-three years exposed investors to huge risks.

Indiabulls Power's power project plans are way into the future for the comfort of such analysts. Reliance Power, too, during its Rs 10,123-crore IPO in January 2008, had projected a large chunk of its power production to happen three to four years later with the company's first plant, a 600 MW one, estimated to go live only in March 2010.

In case of Adani Power's IPO this August, the scenario was not that bad. "This one came on the back of a 330 MW power plant going live in June this year and every quarter it aims to add over 300 MW more, taking the total to 6,600 MW by April 2012," says Buddhadev.

At first glance, a comparison of Indiabulls Power's projected figures of power plant production capacity with that of its peer listed stocks in the power sector might show that the IPO pricing of Rs 40-45 looked attractive, but a careful scrutiny will reveal that it is not (see ‘Going Power Less?').

Adani Power stock, the most recent power sector IPO, has struggled to stay above its listing price of Rs 100 and on 4 September, it even went down to Rs 98.80. Reliance Power's Rs 450 issue price of its January 2008 IPO lies in tatters as it trades at about Rs 160 levels currently.

Indiabulls Power, whose fundamentals are still weaker, will have to count on secondary market buoyancy to stay above its issue price when it lists in November.

Till then, retail investors may well hold on to their purses.