The Power Of Small 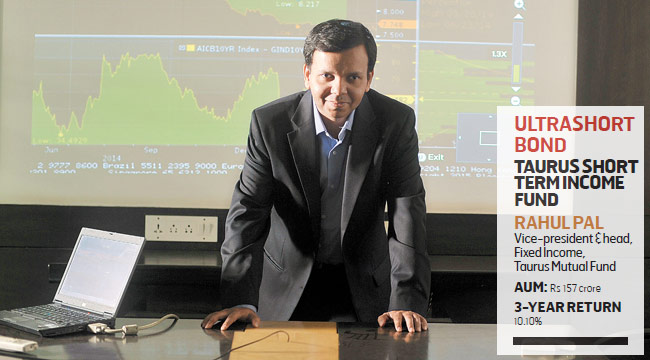 31 March, 2015
Print this article Font size -16+
Engineering skills apart, the Panama Canal could only be built because canal authorities managed to control the malaria outbreak in and around the worksite,” says Rahul Pal, vice-president and head, Fixed Income, Taurus Mutual Fund.

“Had scientists not found the carrier of malaria (the female anopheles mosquito) and an effective larvicide to kill the vector, the Panama Canal may not have come up. Such was the destruction caused by malaria in Panama in those days,” explains Pal, an avid reader of alternative history.

It was Jacob Bronowski’s The Ascent of Man that got Pal hooked to natural and alternative history. He has not stopped since.

“It’s nice to join the dots… It’s nice to understand how a string of small events and developments brings about big changes in the world,” says Pal. It’s perhaps this understanding of the ‘power of small’ that is helping him in his job as a manager of a short-term fund.

Pal’s Taurus Short Term Income Fund has generated over 10 per cent returns (portfolio returns over a three-year period) to top the ultrashort bond category. The fund, with an average maturity varying between 90 and 100 days, has an asset base of over Rs 157 crore.

“Despite keeping a relatively low average maturity, in a falling interest scenario, we managed to do well because we rode the volatility through a disciplined approach,” says Pal. “In our case, we’ve managed to ride volatility without much loss in AUM. Also, we’ve managed this fund with great discipline, keeping average maturity at 90 days. We were also lucky to get (fund) inflows at the right time,” reasons Pal.

Taurus Short Term Income Fund holds over 77 per cent of its assets in corporate bonds. In terms of credit rating, the portfolio has over 98 per cent of assets in papers rated ‘P1-Plus’ (P1+), which signifies a strong degree of credit safety.

“We’re sector-agnostic when it comes to selecting commercial papers for this fund. We lend to companies that have predictable cash flows and strong bank lines. We also consider financial stability of the business before lending. More importantly, we only lend to well-managed companies,” says Pal.

Pal and his team have been successful in assessing the nature of flows into this fund. The fund is rebalanced at regular intervals to mature the nature of flows. This strategy has helped the fund generate portfolio returns in the range of 9.75-10.5 per cent every year since 2011.

“This fund is mostly targeted at institutional investors who look for returns above liquid funds. This fund forms part of corporate treasury management,” adds Pal.
His job is to help companies manage their short-term cash surpluses better. It may seem like a small mandate to the world, but not for Pal, who understands the value of all things small and seemingly inconsequential.