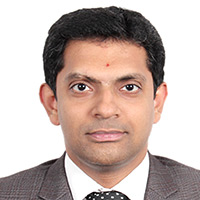 India's ODI policy has also been largely reflective of its macro-economic situation which includes the current account deficit (CAD). On the basis of such criteria, the Reserve Bank of India (RBI) constantly lays down the policy that governs investments and remittances outside India.

As it currently stands, the Foreign Exchange Management (Transfer or Issue of any Foreign  Security) Regulations (i.e. the FEM TIFS Regulations) permit an ‘Indian party’ to make a total financial commitment in joint ventures or wholly owned subsidiaries not exceeding 100 per cent of its net worth as on the date of its last audited balance sheet.

‘Indian party’ for the purpose of the aforesaid regulations means inter alia a company incorporated in India or a partnership firm registered under the Indian Partnership Act, 1932 or any other entity in India notified by the RBI.

For the purpose of computing the ‘total final commitment’, inter alia, 100 per cent of the investments made, 100 per cent of the value of the guarantees issued by the Indian party to or on behalf of the joint venture company or the wholly owned subsidiary, capitalisation of export proceeds and external commercial borrowings (ECB) are taken into account.

The current ODI limit (i.e. 100 per cent of the net worth of the Indian party) is the consequence of a policy change effected in August last year (from the 400 per cent then prevailing) due to variousmacro-economic compulsions.

At the same time, the limit available to resident individuals under the liberalised remittance scheme (LRS) pursuant to the Foreign Exchange Management (Permissible Capital Account Transactions) Regulations 2000 (i.e. the FEM CAT Regulations) was also reduced from $200,000 to $75,000 per financial year.

The LRS is available to resident individuals to make remittances outside India under the automatic route for the purpose of investment in foreign securities orto undertake other permitted transactions, which previously also included acquisition of immovable property.A key policy change reflected in the August 2013 circular on LRS was a specific restriction that the LRS route shall not be available for acquisition of immovable property directly or indirectly outside India.

Recently however in June 2014, the RBI felt it appropriate to revise the limit under the LRS to $125,000 per financial year. The industry is therefore now keenly expecting and hoping that the ODI limit would also stand revised and hopefully reinstated to the full value as previously permitted.

As regards the permission available under the FEM CAT Regulations for acquisition of immovable property outside India, the restriction imposed in August 2013 came as a surprise. Further, the June 2014 circular also seems to have created some confusion on the same point.

The reason for this confusion would emerge upon a close reading of the August 2013 circular, which bears out 2 restrictions - one that the LRS should no longer be used for acquisition of immovable property directly or indirectly and second that the scheme should not be used for making remittances for any prohibited or illegal activities such as margin trading, lottery etc. Curiously, only the second restriction was restated in the June 2014 circular without reference to the first one.

Until imposition of the restriction under the LRS, “transfer” of immovable property outside India by a person resident in India was a permissible capital account transaction for which the LRS was available to resident individuals. “Transfer” for the purpose of these regulations includes sale, purchase, exchange or any other form of transfer of right or title.

Until the RBI clarifies the matter, it would be considered that the LRS is not available for acquisition of immovable property based on a reading of the August circular. In fact, vide a clarification to the August 2013 issued in September 2013, resident individuals were permitted to make remittances for acquiring immovable property only for those contracts entered into on or before date of the August circular and upto the revised limit. Hence it could be inferred that the restriction on acquisition of immovable property under the LRSroute on a going forward basis remains, despite the June circular not addressing this.

Until such time, the route available for resident individuals to acquire immovable property should be under the FEMA - Acquisition and Transfer of Immovable Property Regulations read with the FEMA - Foreign Currency Accounts by a Person resident in India Regulations.

As regards companies in India having offshore offices, they may acquire immovable property outside India for their business and for residential purposes of their staff in accordance with the directions issued by the RBI from time to time.

One hopes that the RBI would, sooner than later, reinstate the limit for ODI and clarify its stance on the ability to acquire immovable property under the LRS.