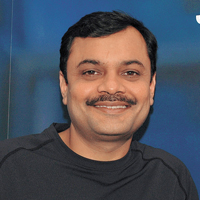 Mayank Pareek, Managing Executive Officer, M&S, Maruti Suzuki
for a mass brand like ours, an association with large properties like cricket makes a lot of sense. The special association with Team India has been a delight this time around. Post the World Cup, inquiries and customer walk-ins saw a considerable increase — about 20-25 per cent.

In India, two things work for advertisers — Bollywood and cricket. The best thing about cricket is that it reaches every nook and corner of the country, a benefit no other property or event offers. We advertised heavily on television, apart from radio, print and an online campaign. We launched four advertising campaigns including the launch of Kizashi in March. All brands got a positive leverage. Buying advertising spots was a decision taken six months ago and we are very happy to have made that decision. However, while associating with any event or celebrity, the brand fit matters a lot.

Even if India plays a low-ranking cricket team, ratings and television rating points (TRPs) go up. We took a call as to what will work and fortunately it worked. More importantly, the way the team played this time —  with passion and dignity and minus any controversies — was brilliant. This World Cup was a dream for any marketer.

The World Cup also helped us reach the rural market. Getting associated with the winner makes everyone a winner, right from the brand to the consumer.

Ravi Pisharody, President, Commercial Vehicles, Tata Motors
the question of effectiveness of cricket sponsorship in India is equivalent to a similar question being asked of soccer sponsorship in Europe / Far East or baseball / basketball in the US. The issue here is not sponsorship of sport per se but, sponsorship of a particular sport that is passionately followed by people in that geography cutting across various demographics.

In my opinion, after weighing the pros and cons (specially the cost involved), I do believe that such sponsorships can be very effective. However, the official sponsor status works best in the circumstances detailed below:

Brand sponsorship of cricketing events works best when it is not just undertaken as a one-off initiative, but is part of a longer term association of the brand with the sport. This long-term association does not necessarily always have to be by way of sponsorship of a big-ticket event like the World Cup, but can be intermixed with lower level involvement with the game, but done consistently over a few years. Some brands that have managed to do this well with cricket in India are Hero Honda and Castrol. Also, the impact of an ambush marketeer gets diluted in categories where the sponsoring brand has a long-term association with the sport.

Secondly, the official sponsorship status should not focus only on the television viewership and television visibility for on-ground signages. Cricket is a game where people would love to be involved with the actual event/players and in on-ground activities. The sponsor benefits by targeting not just customers, but also the channel partners, employees and other stakeholders, particularly if the company is able to organise events and on-ground activation programmes involving these groups of people.

Finally, it is clear that some brands will tend to gain more from sponsorship of cricket. If for a brand media spends are already very high for reasons of defending a high share of voice in that category, the additional impact of such a sponsorship will be relatively low.

On the other hand, for the brands that have a limited marketing spend, the value of a sponsorship could be very high. Similarly, while the female audience of cricket has been improving in recent years, the target audience is still heavily skewed towards the male. Thus, categories whose marketing and advertising are predominantly directed towards male audiences would consider cricket sponsorship as a very well-directed and effective tool. Tata Motors Commercial Vehicle brands fall in this category and we have been associating with cricket from time to time, though not seeking the status of an official sponsor yet.

Giriraj Bagri, Vice-President, Marketing, India & South Asia, Castrol
we at castrol have a five-year deal with the International Cricket Council (ICC) for all cricket properties till 2015. From a strategy point of view, it works for us because 50-60 million customers will enter the automobile segment during this period. To attract the attention of a large set of new users, there is no other property in India that can match cricket.

However, cricket is a cluttered space and standing out is a challenge. That's where getting the appropriate brand fit comes into play. Castrol is all about performance and all ICC properties are purely performance driven. In an ICC property, players are performing at the highest level of the game. Hence, as the official performance partner to ICC, Castrol gets the best strategic fit. Also, our other brand properties like the Castrol Cricket Index, which gives performance insights into the game and predicts the impact that a player might have in a team's performance, only adds to the performance dimension of Castrol and its association with cricket.

However, merely having a sponsorship is not enough. We came on board with the ICC in the last quarter of 2010, but by January 2011 we had launched the Castrol World Cup Ka Hero campaign. The campaign got about 200,000 responses and 20 lucky winners got a ‘Castrol Hero' experience at live matches.

Another 30,000 got cricket memorabilia and autographs from our brand ambassador Sachin Tendulkar. About 10,000 fans, including our customers, dealers, mechanics, channel partners and employees, witnessed the World Cup in stadia. One can directly see the linkage of how to keep the association with cricket alive even after the tournament is over. For instance, the Castrol Awards for Cricketing Excellence is a 12-year property, while the Castrol Index on our site www.castrolcricket.com connects with the audience during every major event. There is no dearth of opportunities.