The New Phase Of Growth 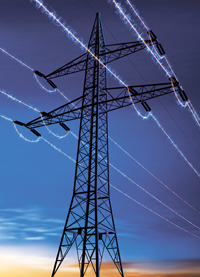 Adani Power has six more projects at various stages of planning and construction, such as the 3,300-MW Bhadreswar project. Construction of a 2,640-MW plant is expected to start soon in Dahej. Says Adani Power's MD Ravi Sharma: "Big issues in power generation today relate to fuel linkages and evacuation of power."

There are scores of others with equally ambitious plans. Essar Power produces 1,600 MW at its gas-based plants in Bhander (MP), Hazira and a co-generation plant in Vadinar (both in Gujarat). It plans to add 10,000 MW by 2014. Construction is underway at 10 projects, which will produce 8,070 MW. It says all its projects are on schedule and that 6,100 MW should be operational by end 2012.

Or look at Lanco, which has been a power player for nearly two decades. Now, it has also stepped on the throttle. In the past three years, it has put up 3,292 MW. It has 5,948 MW already under construction and work on another 6,725 MW is underway. Its projects spread from Tamil Nadu to Uttar Pradesh.

It is stating the obvious to say the power sector has moved suddenly from being a slow-moving industry to being a red-hot field full of opportunities. Take Moser Baer, for instance. It made a name in the bitterly competitive optical storage media market, taking on global giants. It was a chance move that took it into power. The firm began examining the potential of making photovoltaic cells — of which the power sector is a major consumer. It found that the dynamics of the power business has changed and that it is a high-growth industry. "We found the risk-reward pattern of energy sector attractive. We also had high project management skills. So we decided the risk reward was in our favour," says Sushil Bhagat, CFO, Moser Baer Power Projects.

Moser Baer is working swiftly to build itself into a sizeable player in the power sector. It has started construction on a 1,200-MW station at Anuppur, MP. That is slated to start generation by 2013. And it has begun development work on two more projects. Together, they should be generating about 4,000 MW of power by 2015.

Another similar player is Andhra Pradesh-based GVK Power & Infrastructure, which made a modest debut in the power sector in 1997 by setting up a 216-MW plant at Jegurupadu. It added two more units — both in the state — and bumped up capacities by about 700 MW. Now it is building a 600-MW plant in Goindwal, Punjab. It is also developing a second unit at Goindwal and another 800 MW at Jegurupadu.

Changing Power Equations
What has happened in the power industry that has made the pieces of the jigsaw fall into place? Nothing in the industry ever happens overnight and numerous changes have taken place in the last decade that have made the generation sector — transmission and distribution are being opened at a much slower pace — attractive for players with deep pockets. But the starting point is probably The Electricity Act, 2003. Says Essar Power's CFO V. Suresh: "That was really a watershed Act in terms of reforming the sector. It consolidated all Acts to streamline the sector and facilitate competition. Though the key challenge has been policy translation on ground, the power sector looks promising."

That was followed by numerous changes, including the de-licensing of the generation sector and the introduction of changes like open access under which large consumers in one state can buy power from generating stations in another.

Nevertheless, power generation still remains a sector with numerous pitfalls. In fact, many newcomers to the game are working on the calculation that the sheer weight of demand will force the government to slice through the red tape and the problems that still exist. Currently, about 78 per cent of the country's power is generated in the public sector. The country's largest generator is, of course, the public sector NTPC.
break-page-break
But there are other approaches to controlling the numerous variables in the generation business. The Adani Group, for instance, has figured that the way to beat the system is to control every stage of the production process. So, it starts by owning the coal that is mined — it bought the Carmichael mines in Australia and PT Adani in Indonesia. Next, it owns the ships on which the coal is transported to India. And the ship docks in a Mundra Port which is, of course, owned by Adani. Says Ravi Sharma, MD, Adani Power: "We have mines in Australia and Indonesia. We have our own port, ships and terminal." Similarly, Essar Power has reserves of about 450 million tonnes of coal both in India and Indonesia.

Inevitably, the location of the new generating stations depends on where their fuel is coming from. So Central India will soon be dotted with new power stations. Others are coming up in coastal locations.

Selling Proposition
One attraction that has helped make the industry rosier than it might otherwise have been is the possibility of selling merchant power — under this companies can sell power to any buyer — usually at higher rates than a fixed contract might yield. Typically, a firm like Essar Power will sell 75 per cent of its power under rates fixed by long-term contracts and 25 per cent as merchant power. CESC vice-chairman, Sanjiv Goenka says his company will ensure that its long-term power purchase agreements bring in enough to cover its debt.

Everyone agrees that merchant power rates cannot stay at high levels forever. But they still see it bringing in good revenues for the foreseeable future. Says Issac George, chief finance officer, GVK: "Merchant power will not command today's premiums. But it will still be higher than PPA tariffs for long." Adds Sardana: "Power companies have realised that they cannot bank on merchant power in the longer term."

Of course, the biggest problem that private generation firms have always faced is the parlous financial condition of state electricity boards (SEBs). Many power-distributing companies are in the red, as they offer cheap and at times free power. Hence, they cannot buy power at higher rates. Three SEBs — Tamil Nadu, Rajasthan and Uttar Pradesh — account for 70 per cent of SEB losses. This makes it tough for anyone selling power — and generating costs are only going to increase as fuel prices rise over the years. Says Sardana: "The other big problem in India relates to distribution. It has to be viable, but that is difficult when Rs 100,000 crore is stuck in the system. Unless the merchandise is paid for, how can power companies supply?"

Inevitably, fast growth will bring all kinds of other difficulties in its wake. Already there is a growing shortage of trained people. One expert reckons that the industry will need about 25,000 trained hands if it is to add 50,000 MW.

Also, there is a global shortage of power equipment. The tried and tested producers (like Bhel, the Americans and the Germans) have big order books and waiting lists. Chinese equipment is both more easily available and more cost competitive, but they have much less of a track record. Still, it is reckoned that over 75 per cent of the latest orders have gone to the Chinese.

Crucially, the government has only taken baby steps to open up the distribution and transmission sectors. And that could slow down the transformation of the sector.

But it is the coal shortages that are going to be a threat to the growth of the power industry in the coming years. One power industry executive reckons that almost 200 million tonnes of coal will need to be imported annually to meet generating demands. Coal prices are rising and imported coal is almost four times costlier than Indian coal. Says Adani's Sharma: "Importing coal is not a solution."

If that is not enough, it is doubtful whether Indian ports can cope with such a volume of imports. And the Indonesians recently decided to place a tax on coals exports. That could throw a spanner in the works for several Indian firms which have invested in mines there.

Despite all the hurdles, everyone is convinced there is money to be made. Says one senior power sector executive: "Around 45 per cent of Indian households do not have access to power and the balance do not have access to it on a 24-hour basis. Per capita consumption of electricity, at around 610kW per annum, is around a quarter that of China." From the industry's point of view, it is a great place to be.