The ‘Mouths To Feed’ Crew 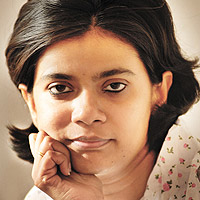 I thought at first that the strike was to protest the training of erstwhile Indian Airlines pilots on the Dreamliner — that's what one senior airline pilot told me on day one.

But on day two and three, this cause — which made them sound rather petty and which the court dismissed anyway — was abandoned in favour of some "core issues".

Are they on strike because with today's inflation their salaries don't allow them to feed these "mouths at home"? For some, Rs 5-12 lakh a month may be enough to feed an entire village and then again, it may not be enough for others to feed a family of four.

But the pilots I spoke to denied this. They said that they were not being petty and were only demanding past dues or higher packages. They were on strike because "core issues" remain unresolved and that I should not try to "trivialise" their problems.

Fine, but why did they choose precisely this juncture for the strike? At the moment, the management is busy trying to meet the milestones set by the Cabinet based on which the Rs 30,000-crore bailout package would be released. As I understood it, unmet milestones would mean no money.

To this they have no answer. Most of them privately agree that the strike is very illtimed, and that they actually went on strike to prevent the Indian Airlines pilots from being trained on the Dreamliner. Now, thanks to the court and the fact that it sounds really small, they can't say so aloud.

Pilots do, however, have three valid points that I think need to be heard. One, they argue that the airline — especially the erstwhile Air India – was doing fine during the J.R.D. Tata era and that its downfall is inextricably linked to the series of bureaucrats and politicians who have governed it since. No offence to Rohit Nandan, but he and his ilk need to be politely shown the exit door.

Second, they point out that mere equity infusion in the current scenario will not help — the running and handling of the carrier calls for a major overhaul, a D check frankly, and this can only be done by an outside aviation professional who is given a free hand, which includes powers to fire non-performers.

And third, since the cursed merger — which many pilots had supported at the time — cannot be undone, the best option may be to set up one holding company and run the two airlines as two separate "verticals" (music to many consultant's ears!) where the staff of both have nothing to do with each other. Expecting them to work together in harmony is as absurd as asking the Indian and Pakistani political leadership to turn bhai-bhai.

And one last thing. Go ahead with the two ground handling and engineering subsidiaries as approved by the Cabinet before the stubborn unions dig in their heels and try to derail another initiative that could help revive this airline.