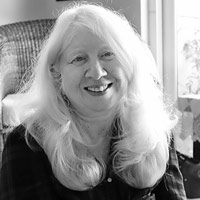 08 November, 2014
Print this article Font size -16+
Looking at today’s smartphones, you’d never believe they born at least 40 years ago, if you consider the day that Motorola engineer Marty Cooper made the first cell phone call as the start of the revolution. If you were to as much as hold in your hand, an iPhone, an HTC One, or an Xperia Z, you would find it difficult to associate these beautiful devices with the clunky cell phones that first made their way into the hands of consumers.

I made my acquaintance with mobile phones some time late 1995, when we were still using pagers. Funny things they were, those pagers, making everyone look ridiculously like doctors with no emergencies to rush to when they beeped urgently. You would rush to a landline (except we never used the term landline as all phones were land) and try to look busy enough and wanted enough to justify those pager beeps.

But then came the real mobile phones, at a time when cordless phones were still frowned upon by MTNL and were sort of fancy. Those mobile phones were a marvel as they untethered you from being connected only from a phone plugged to a wall – depending on the signal you got, of course. But cellular companies were setting up quickly and we began to see more and more devices, eagerly figuring out how to test them out and work out review processes. My first one was an Ericsson GH-something, a little red thing with barely a few words showing for a text message. Our initial tests were all focused on sound quality on calls, battery life, ability to receive a signal under different conditions, how heated up the phone would get and physical characteristics such as the size of the aerial, and the overall looks and sturdiness. The Nokia phones could survive a drop from the second floor and the stairs in my office building were neatly designed for us to be able to send those hapless devices hurtling down. We also worked hard at creating identical conditions that would allow us to test phones fairly.

From rather early on, I adopted Samsung phones because those were the best at bright high-contrast displays and I remember my first, a True-I which was shaped like a curvy Porsche and which I was so possessive and sensitive about I’d spring up if anyone touched it as it lay on my table.

But involved as I and my colleagues were in mobile technology, none of us could ever have guessed the scenario that exists today, in a world gone so wireless that to be un-connected even for a few minutes causes many people restlessness and anxiety. There are still people around me who ask me for suggestions on a simple phone that only makes phone calls and such phones do exist, but they’re getting to be a rare commodity as all mobiles turn smart. The earlier phones may have been able to connect to cellular networks and to each other, but there was no connection with the internet. And what a revolution there was when it did come. We take connectivity on our phones completely for granted today, and rarely stop to think how this has impacted the way we relate to each other, do our work, and stay abreast of what interests us.

It’s certainly not been all good – as with anything we human beings make. There’s an addiction to technology, a reliance on it that many feel is unwarranted, and of course, as much misuse as use.  But overall, I’d certainly say that the mobile has been more of an empowerment than a problem,  specially for those who had no connection beyond the limits of the small world around them.

And now as we go on to the next 40 years, it’s equally difficult to predict what our connected life will be like. The mobile phone may become obsolete as wearable technology makes its way into our world and digital surfaces and augmented reality bring in what almost seems like a parallel universe. Our brains get rewired and the brains of an entire new generation get wired differently as they’re “born mobile.” Who knows what the connected future that started with mobile phones will be like – but a the very least, it will be fascinating.
Tags assigned to this article:
mala bhargava exclusive to web more 4 iphone smartphones caught my eye mtnl motorola engineer samsung phones nokia phones cellular companies cordless phones text message sound quality