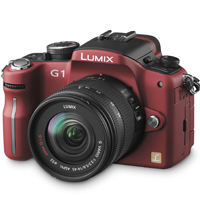 Till the middle of last year, the photography enthusiast shopping for a camera always had to take that dreaded digital compact-or-digital SLR decision. If he wanted a camera that was small enough to fit into the pant or jacket pocket and light enough to carry with him all the time without having to develop major arm and shoulder muscles, the compact was the obvious choice. The problem with choosing compact cameras was that they came with fixed lenses, and small image sensors — both of which were a handicap for shooting really good pictures.

Sure, since the advent of the digital age, compact camera technology had made amazing progress. Most decent compact cameras (Rs 5,000 to Rs 35,000) today come with the zoom option — offering both wide angle as well as long range shooting. They also offer many manual setting options — from aperture control to shutter speed settings — that were available only with professional cameras till a few years ago. Most compact cameras also offer excellent image quality provided the light is normal, the subject is stationary, the distance is neither too far nor too close, and the image doesn't need to be blown up too large. But because of the compromises inherent with the tiny sensors that they came equipped with, and the fixed-lens format, image quality was always way lower than what one could expect with a digital SLR. Also, in shooting conditions involving low light, performance deteriorated sharply. Image quality also dropped dramatically at the wide angle and the super zoom ends for almost all compacts.

On the other hand, buying a digital SLR had its own attendant problems. Even the lightest of digital SLRs — which meant the entry level DSLR offerings from Sony or Olympus — were rather hefty when compared to compact cameras. If you opted for a Nikon or a Canon entry level DSLR (Rs 40,000 onwards), you would be looking at carrying some hefty weights if you included both body and lenses. More importantly, entry level DSLRs rarely offered decent video shooting options — something most compact camera users took for granted over the past few years. And things such as live view LCD display were missing in most models.

Whatever choice you made, you ended up with a sub-optimal solution.

Then in the middle of last year, Panasonic and Olympus announced the micro four thirds standards and system for new cameras. Without getting too technical, the micro four third system promised to dramatically reduce the size of the inter-changeable lens camera without compromising too much on sensor size. The micro four thirds did away with the mirror and the pentaprism that were required for SLR cameras. That allowed it to reduce the distance between the lens and the sensor, and therefore shrink the size of the camera by almost 50 per cent. On the other hand, the new standard continued using the original four thirds SLR image sensors — which were some 30 per cent smaller than a standard SLR, but up to nine times bigger than the sensor size of a typical compact camera. This ensured much better quality than what one could expect from a compact camera in almost all light conditions.

The first camera to come out from the new system was the Panasonic Lumix DMC G1 — which debuted in most markets in late January this year.

In the middle of the year, Olympus introduced its own camera — the PEN E-P1 with a wonderful retro design harking back to the original PEN cameras of the 1950s from the same manufacturer. Both offered DSLR-like image quality, though the Panasonic G1 was faster than the Olympus. The one issue with the micro four thirds was that there were only a select few lens options that hit the market along with the cameras.

Over the past few months, announcements and launches in the micro four thirds market have been coming in rapid fire succession. First, Panasonic introduced the DMC GH1, with a full HD video capability, which made it a superb buy. Then it introduced a compact camera using micro four thirds technology — the GF1 — to offer image quality to rival most DSLRs. It also introduced new lenses, and announced other lenses that will be introduced in the coming year.

Meanwhile, Olympus announced the PEN E2, which is supposed to have a faster auto focus than the PEN E-P1. It also announced firmware updates and new lenses.

There is also news that other manufacturers could embrace the micro four thirds system in the coming year, and there will be many more options in this space soon.

At the moment, buying micro four thirds is still a bit difficult, though not impossible, in India. The Panasonic India site advertises the G1, though it is silent about the GH1 and the GF1. J.J. Mehta, the famous camera seller in Mumbai, is offering the Olympus PEN E-P1.

If you are planning to buy a new camera soon, or thinking about replacing your old one, try out the micro four thirds. You just might find the perfect balance you were looking for.