The ‘Jung’ Of Kejriwal 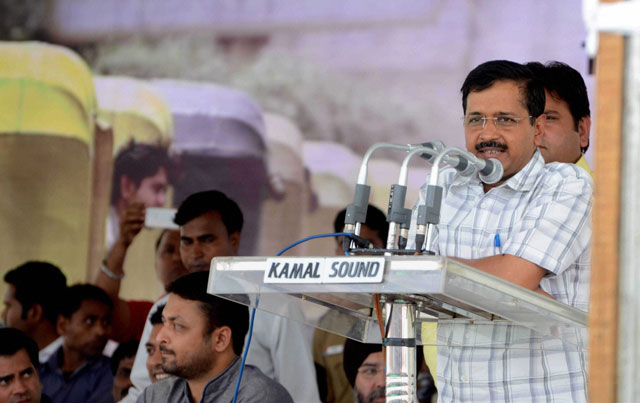 22 May, 2015
Print this article Font size -16+
Delhi is simmering again, and this time it is not just the heat. The battle between Chief Minster Arvind Kejriwal, and Lieutenant Governor Najeeb Jung has once again brought to the fore differences between the two. The relationship between the duo has always been uneasy, but this time the battle is more than just an ego clash. It has serious political wing attached to it.
This issue is based over the interim appointment of Shakuntala Gamlin, as the chief secretary of Delhi by the Lieutenant Governor, leading to an outrage by Kejriwal.
The Questions then that will be raised again, have been present for a very long time now.
Delhi, is not even considered to be a state. It is still a Union Territory, even though Delhi enjoys partial statehood. In such a scenario clashes of interest are bound to surface, and which eventually leads to tarnishing of personalities and mud-slinging.
Governor of any state is appointed by the Union Cabinet, and hence if there are differences between him and the Chief Minister, there will be questions regarding the role of the Union Government. Selection of bureaucrats is one such issue, and the primary reason for this controversy.
Since Delhi is a Union Territory, the powers enjoyed by other states in appointment of the bureaucracy does not imply here. Should this be resolved, as the Government which is elected by the people should have a role in picking its own team.
Law, order and police are under the purview of States but not Delhi. This will lead to situations when blame game will take precedence over implementation of policies, and maintaining harmony in the system. This has been a poll issue, but no review of the practice has been done.
The state assembly, should not only hold Judiciary but also Executive powers, and immediate address to the lack of executive powers of the Delhi Assembly must be done.
Just like in the Centre, the President acts only on the advice of the Union Cabinet, can then the appointed Governor override an elected Government in his own discretion?
Delhi is the nerve centre of Indian polity. Hence the Union Government does not want to lose control of important segments like police and bureaucracy, but then there should be a proper segregation of the powers bestowed to the Union and the State Cabinet, to avoid frequent clashes and ensure proper governance.
Tags assigned to this article:
politics more 4 arvind kejriwal najeeb jung manish kumar pathak