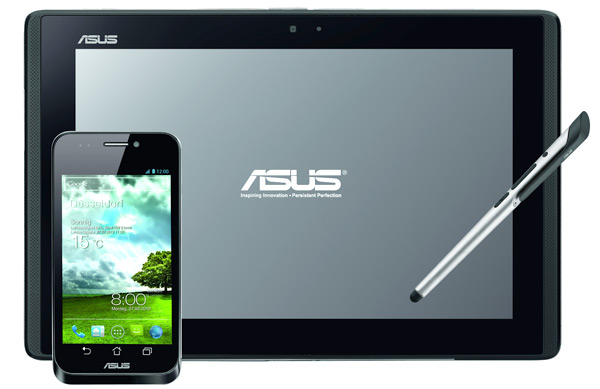 08 November, 2014
Print this article Font size -16+
The concept is as elegant as it is simple. You take a phone, and plug it into the back of a tablet shell, giving you the large-screen tablet experience while still relying on that one phone for your 3G data connection and all your apps/files. Has Asus out-innovated the market with the Padfone? Let's find out.

The key element, of course, is the phone powering the entire experience. It's quite a looker, though some would say it resembles the iPhone a bit too closely. It packs in a 4.3-inch 960 x 540 pixel display, which isn't bad per se, but it pales in comparison to the top smartphones of today. The 1.5GHz dual-core Snapdragon processor inside the PadFone powers a nearly lag-free Android 4.0 experience, nothing a shot of the latest Jellybean OS can't fix.

What puts the pad in the PadFone is the Padfone Station, a 10.1-inch tablet exterior that converts the phone into a 1280 x 800 pixel-sporting Android 4 tablet. What's nice is that it adds a massive 6600mAh battery to the equation, which charges the phone while it's docked. The trouble is that even while it is docked, it is recognized as a phone by the Google Play store, which means what you get on the tablet are essentially scaled up phone apps.

Add to that a keyboard attachment, which converts the phone-tablet into a laptop, and a stylus that does double duty as a Bluetooth hands free, so you don't have to pull the phone out of the dock to make a call. With a phone as jam-packed with innovation as the Asus Padfone, why am I stopping short of recommending it? First, the price is excessive for what is essentially a mid-range phone with some fancy accessories. Not to mention there's already a much-improved Padfone 2, which has already been launched in select markets globally.

Waging Warfront
You know how they say "If it ain't broke…". Well, with Borderlands 2, Gearbox Software has done exactly that - taken the eccentric (but beautifully fleshed out) characters, the richness of the quests and the strong storyline that defined the original Borderlands game, and tweaked all of these up a notch. You're back at Pandora, where the evil Hyperion Corporation led by the easy-to-hate boss known only as Handsome Jack is out to remove all traces of all non-Hyperion personnel - that includes you - off the planet. You team up with a rebel movement - led by the four characters from the original game - who wants to stop Jack from unleashing weapons of mass destruction upon the planet's inhabitants. As you begin the game, take a bit of time to read up about the classes of characters available to you, and pick the one that works for your playing style. You then work your way through missions, improving on your 'talents' and picking up some incredibly useful (not to mention downright wacky) weaponry as you go along.

All in all, this game's a labour of love - just look at the level of detail in the characters and in the world of Pandora, the amazing variety of weapons and enemies, and the movie-quality dialogs - and you realise all the hours ahead of you finishing the zany missions the game throws at you will be time well spent.  This truly is a game to lose yourself in, and one of the best this year has thrown up.