China's lack of respect for international law, the expansion of land claims where there are power gaps, and efforts to exclude outside actors from the regional intervention are all common themes of Chinese exploits at sea from South China, the East China Sea, and now India. 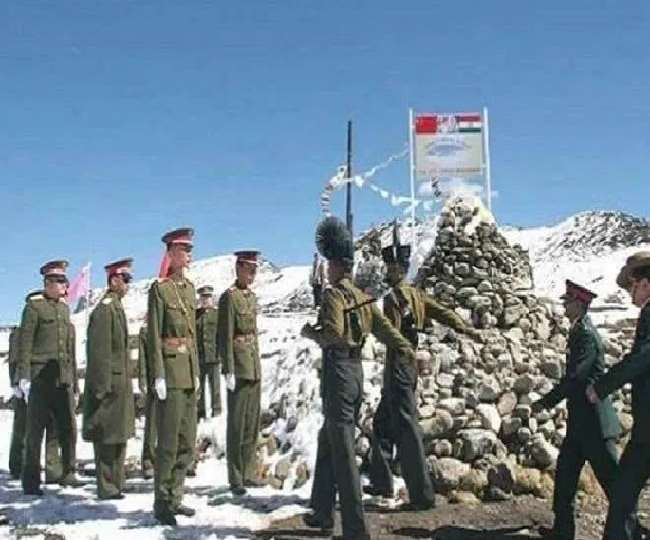 The two nuclear-armed Asian neighbours, India and China have been engaging in intense diplomatic and military confrontations after clashing on the deadly border recently. The military superpowers have been debating for decades on land in the largely uninhabited elevated area.

The June 15 incident in the disputed Galwan Valley, along the actual Line of Control, killed 20 Indian soldiers. China has accused Indian forces of crossing the border twice, by provoking and attacking Chinese personnel, who have deployed forces and built their infrastructure in the disputed area, leaving the forces of the two sides closer, with increased risk of clashes. In reality, the reason behind the Chinese muscle praise is the PLA's growing military capabilities and political will to use it.

States often present history as an argument when the legal arguments drawn from colonial agreements are too weak to justify sovereignty that feeds on nationalism and does not want to settle disputes between states by international courts or tribunals. After all, the international tribunals cannot go down history and do not depend on the historians in the disputed countries. Neutral history is an illusion. In actual disputes before international tribunals, historical claims and a sympathetic colonial past do not determine the outcome of regional conflicts. India submitted a request from the Chinese government that customary practice must be allowed to continue and that arbitrary measures, such as, for example, requests for currency exchanges already held by Indian merchants, should not be enforced.

China's lack of respect for international law, the expansion of land claims where there are power gaps, and efforts to exclude outside actors from the regional intervention are all common themes of Chinese exploits at sea from South China, the East China Sea, and now India. China’s neighbours should avoid supporting China’s economy (and therefore funding its military) by strengthening relations with the United States, Australia, and other like-minded countries. If those in the Indo-Pacific region want to limit China's territorial encroachments, they must directly counter China's behaviour and intentions. It is in India’s interest to ensure that the SCS remains a part of the global commons and China is encouraged to pursue its interests in a legitimate manner. For this, India must meet the expectations of ASEAN with regional agreements such as the RCEP being of great importance in this regard.

It goes without saying that India and China are expected under international law to cooperate and resolve harassing differences in the interests of peace and their mutual economic interests. Undoubtedly, in the negotiated settlement, the settlement of border disputes in the 21st century will be tinged with geopolitical considerations. Trade relations between India and China in the expanding technology market play a role. China cannot ignore the fact that the trade surplus in its favour in the past two years has been around 50 to 60 billion dollars. China cannot ignore hostility around the world for its alleged role in the spread of Covid-19 killing lakhs of people.

Amid calls by private individuals and associations for the boycott of Chinese goods in the wake of Beijing’s misadventure, speculation of an alleged crackdown by the authorities on consignments from China have been intensified. The sudden move of the customs authorities to carry out 100 percent checks of import of consignment from China at the ports has thrown the domestic industry into a tizzy. The leading voices of the world must be exemplars in every way. Even though a holistic ‘Boycott China’ policy could boomerang for India, selective repeals could substantially harm the Chinese economy.

The driving idea presently has been to ensure that Chinese businesses do not make a headway in the Indian markets in the near future. The centre has hardened to crack down on substandard and non-essential imports from China which is likely to hit the Chinese exporters the most. Severely hit by the Covid-19 pandemic, the government has already revised the FDI policy to curb on opportunistic takeover or acquisitions of companies surviving a liquidity crisis to cash-rich Chinese investors. FDI proposals would hence require government clearance coming from investors of the bordering countries. The emerging trend across segments have been to revoke contracts won by Chinese companies. There has been a surge in domestic sentiments against Beijing for the violent border stand-off, calling for the boycott of Chinese goods, but that is much easier said than done.

Respecting international law, recognising the legitimate interests of partners, supporting multilateralism, and promoting the common good are the only few ways for building a durable world order. It is important to recognise that China has a huge presence in the supply chain involving India, and the disruption caused could hurt in return India’s economy and consumers. In segments like electronics, pharma, telecom, our dependence on China is substantial. The initiative must now be driven by the idea of building of self-reliant ecosystem with minimal dependence from China.