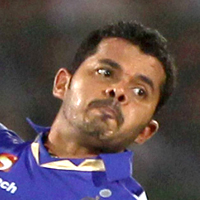 08 November, 2014
Print this article Font size -16+
Brands are quick to shy away from controversies. But in the light of the IPL spot-fixing controversy, there was one brand that chose to embrace the entire imbroglio with both arms. Quikr, the online classifieds portal, chose to make hay when the spotlights were glaring down on tainted cricketers. Within a day of the news hitting the stands and screens, Quikr launched a print ad campaign with the phrase “An Open Letter To Indian Cricketers”. The appeal was to not sell themselves but rather sell old furniture or durables in their house for money through the online site. A television campaign followed suit almost immediately, showing a policeman appealing to the public, telling cricketers to sell everything except their souls for money on Quikr.

But for every Quikr, there’s a Kingfisher. The brand lost no time in removing the mug shot of Kerala seamer S. Sreesanth from its "Ooh La La" ads that played on television during the match telecast. The King of Good Times clearly did not want to associate with someone who got bad times onto himself.
— Prasad Samgameshwaran

Taking The First Steps
It’s not exactly what the doctor prescribed, but it seems a beginning has finally been made. The central government has agreed to go in for a conciliation process to settle the Rs 11,217-crore tax dispute over Vodafone’s acquisition of a 67 per cent stake in Hutchison India for $11.5 billion in 2007.

While Vodafone had last year offered to go in for conciliation under the United Nations Commission on International Trade Law (UNCITRAL), the government has opted to do it under the Indian law. It is now on Vodafone to decide whether it will go ahead. But, going in for conciliation is largely because the government did not have any other option. It is also a clear indicator that the government is willing to find a solution. This case will be followed by telecom operators globally. A resolution of the dispute will not just reduce uncertainty in the sector, but could be the first step to ensure that foreign direct investments start flowing back in.
— Anup Jayaram

Not Music Over The Net, Yet!
When Flipkart launched Flyte in February last year, the murmurs in the market became strong — Flipkart was clearly on the path of being India’s Amazon. The Bansals, owners of the online retail portal Flipkart, were doing everything Amazon did — from betting on a warehousing model to an online music store. Some industry experts claim that Flyte was investor Tiger Global’s plan to clone Amazon in India, just like it did in China with music.360buy.com.

While Amazon and 360buy have been successful with their music stores, it seems like the idea was ahead of its time in India — where people still want to download free and/pirated music and products at a bargain. Add to that the fact that Indian telecom operators have slashed rates of music/video streaming, shelling out extra money by the consumer sounds unlikely.

But all in all, Flyte was an idea that died because of lack of supports from its founders and investors. Amazon too had initially struggled with its music store and still faces a stiff competition from rival Apple iTunes, but the company had enough funds and continued to pump money into the venture even though it did not pick up scale in its seeding days. Similarly, given time, India is also expected to see its days of paid, legal music, especially now that companies like gaana.com are already doing well. What one needs in the online music industry is to have patience and a steady flow of money to back the idea till it matures. While Flipkart may have wrapped up its Flyte operations in its nascent stage, the dawn is not too far for this business idea.
— Shrutika Verma

The Airwave Clashes Continue
The spectrum loss saga continues, and the battle has moved on to the regulators. The Comptroller and Auditor General (CAG) recently said that a high reserve price for the spectrum auctions was what acted as a deterrent for participants, thus, causing the auctions to fail. It also pointed out that telecom operators had formed a cartel during the last two auctions resulting in lower realisation for the government. As a result, 453 MHz of spectrum in the 1,800MHz band (valued at Rs 85,014 crore) is lying idle.

The Department of Telecommunications (DoT) has not taken kindly to the CAG’s comments, pointing out that according to the Telecom Regulatory Authority of India (Trai) Act, the national auditor can only audit Trai’s accounts and not its decisions. DoT has also said that CAG’s comments indicate that the auditor does not understand the basic engineering principles of telecom traffic handling. Amid these dissenting voices, the telecom industry is awaiting a solution from the stable of the empowered group of ministers on telecom with respect to the pricing of spectrum.
— Anup Jayaram
Tags assigned to this article:
cricket exclusive to web trai prasad sangameshwaran ipl telecom shrutika verma cag dot anup jayaram vodafone sachin bansal binny bansal flipkart advertising amazon kingfisher ecommerce music 360buy othertop1 jottings s sreesanth quikr hutchinson uncitral flyte