The House That HDFC Built 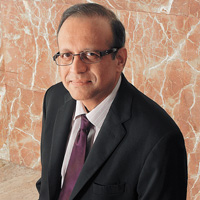 But Milind Barve, managing director of the fund's asset management company (AMC), says this is not a one-off thing; the AMC will continue its focus on philanthropy and investor education, activities that investors will remember it for, besides its record of quality performance.

Barve attributes this success to the AMC's focus on the retail investor (much like the parent bank's focus on the retail customer) and not spending too much resources developing new products. He believes in keeping his funds simple in order to make them investor friendly. Says Barve: "We believe passionately that the Indian market needs products that are not too innovative, or they become too complex for our investors." The AMC has added only two new products in past five years and around 60 per cent of its assets come from retail investors.


So, besides the consistently high performance, what is it that helped the fund outshine other players in the business? "The focus was to build the retail business instead of going after the low hanging fruit of getting large amounts of money from a few corporate and large institutions," says Barve. So much for the customer; but what about investments by the funds?

The story there is pretty much the same: buyvaluable companies, look at potential growth, and take a good look at management. Simple, perhaps boring, but very effective. But Barve is going global: he will allow overseas investors to put money into his existing funds, using Credit Suisse's marketing network.

But he is also concerned about the low penetration of MFs in India. "All of us relatively large players in the industry have a role in building the market," says Barve, who may be wearing his hat as chairman of the Association of Mutual Funds of India when he says this. "It's not about market share, or about being No. 1 or 2. Unless the market itself grows, we cannot." His AMC has the resources to achieve some of that: a system of 111 service centres and nearly 36,500 distributors to further the cause.