The High And Mighty 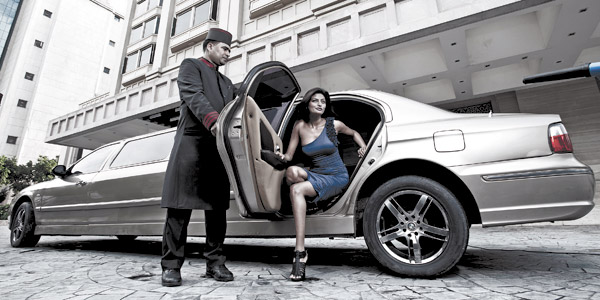 08 November, 2014
Print this article Font size -16+
Though the economy slowed to a crawl, the financial year gone by has not been particularly bad for India’s wealthiest citizens. The stock market was marginally higher, with the BSE Sensex gaining a little over 6 per cent and even the broader BSE 100 gaining almost 5 per cent over the previous year. The country’s richest man, Mukesh Ambani, saw his wealth increase by 3.32 per cent — or about Rs 3,650 crore (over $600 million). In 2012 and 2011, his wealth had eroded because of the slide in share prices of his companies.

The top 5 wealthiest Indians in BW’s super rich list remained unchanged from last year — though their rankings changed somewhat. The biggest gainer was Anil Agarwal, whose takeover of Cairn India saw his wealth catapult by a staggering Rs 22,219 crore in a single year (about $4 billion). The biggest loser was the Mittal family, which runs the Bharti Group. Its wealth eroded by Rs 11,630 crore or about $2 billion, because of the plunge in the share price of its flagship firm, Bharti Airtel.

The Wealth Matrix
The problem with trying to calculate the wealth of the super rich is that all the information needed is never available in the public domain. Our list calculates the candidates’ wealth based on the shareholdings of promoters in their listed companies. But there are many billionaires who own listed as well as unlisted companies. It is impossible to gauge, in most cases, the wealth of unlisted companies. Equally, many of the super wealthy citizens also own assets that are often held through private companies. And then there are plenty of billionaires who have assets well in excess of Rs 100 crore, but do not always declare the full value of their assets. There are many landowners across the country whose wealth would be well above Rs 100 crore, if the value of their land were to be unlocked.

Similarly, it is difficult to estimate the wealth of politicians, sportsmen and entertainers, many of whom earn extremely well and also accumulate assets worth well over Rs 100 crore. Of late, it has become somewhat easier to identify extremely wealthy politicians because of the declarations made by candidates to the Election Commission, when polls are held. On page 30, we carry a graphic of some of our richest politicians in terms of assets held, according to the affidavits they have filed with the commission in the last few years.
The super rich list contains both first generation billionaires as well as many inheritors. There are also those who inherited a small fortune and then, by dint of hard work and drive, turned it into a vastly bigger fortune. For instance, the Ambani brothers inherited a thriving empire from their father, but they can claim to have multiplied their inheritance manifold. Kumar Mangalam Birla has increased the size of the AV Birla Group significantly. Azim Premji, the Jindal family, K.P. Singh and many others have added tremendous wealth to the empires they inherited. Meanwhile, the Mittal brothers, G.M. Rao, Shiv Nadar, the Infosys founders, Jaiprakash Gaur, Gautam Adani, G.V.K. Reddy and Anil Agarwal are all first-generation entrepreneurs who have created significant wealth. Neither Ratan Tata nor Noel Tata figure in the super rich list because they have relatively small personal holdings in Tata Group companies. The Tata trusts hold the bulk of the promoter shares in the group companies.

The Spending Lot
The last few years have seen the rise of two opposing trends. The first is the exponential increase in conspicuous consumption and the culture of excess. As the super rich get more comfortable with their wealth, they have started spending heavily and openly. This has led most of the big luxury brands in the world to set up shop in India. Makers of private yachts and jets have also made India a part of their itinerary. There are many more luxury hotels in the country today than there were even five years ago. Sales of luxury cars is the only segment in the luxury market that has seen no slowdown in the recent past, though the number one, two and three in the market keep changing.

While conspicuous consumption has gone up, so has philanthropy. The old business families — the Tatas, the Birlas and the others — always had a culture of giving and many prominent schools and colleges in India have been set up by old business groups. But, by and large, the average Indian businessman is not known for his philanthropic activities today.

Many of the biggest tycoons, though, have given away — or are in the process of giving away — big chunks of their wealth. The significant givers include Azim Premji, Shiv Nadar and G.M. Rao. Of course, a big majority still prefers to leave their wealth to their offspring, but things are slowly changing.