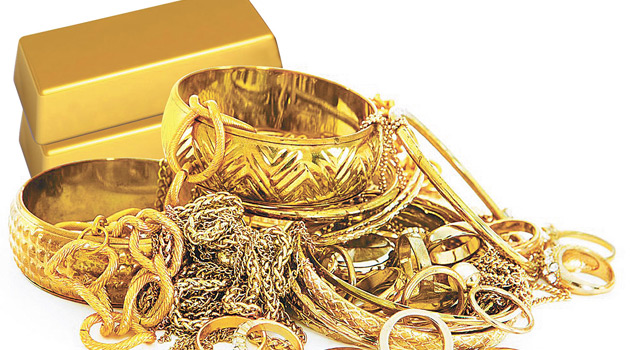 02 December, 2014
Print this article Font size -16+
When T.K. Fayaz alighted from a swanky BMW in remote Pallur village of Kannur district in Kerala in 2008, he became an instant hero and a role model for the villagers. Born into a poor family, he had made it big in life, waiting tables and moonlingting for survival. Fayaz told them he ran a hotel in Dubai and many film stars were regulars. He owned a big bungalow, was constructing another and had a fleet of luxury cars, ranging from a Hummer to an Audi. He counted many a film star and politician as ‘friends’.

Fayaz went from hero to villain after his arrest in a gold smuggling case in New Delhi on 21 September 2013. Investigations revealed that he was running a gold smuggling racket from Dubai along with a Dubai-based businessman. They had smuggled in 42 kg of gold worth Rs 12 crore through Kochi airport using women carriers in the two months prior to his arrest. Further investigations led to the arrest of several officials at the airport for facilitating ‘green channel’ clearances. From air hostesses to models to film actors, many were quizzed by the investigators.

Fayaz is just one among many involved in gold smuggling. Contraband gold is pouring into India — concealed in rectums of carriers, in handles of suitcases, in hair pins, powdered and mixed with engine oil , among a myriad other innovative ways.

Directorate of Revenue Intelligence (DRI) figures show seizures between April and September have risen 330 per cent to over 2,100, and gold worth over Rs 600 crore has been recovered. The same period last year saw fewer than 500 seizures, worth Rs 150 crore. Again, last year’s total seizures were worth Rs 1,267 crore, compared to just Rs 200 crore in 2012. Data shows 24.58 per cent of all seizures by DRI in 2013-14 were of gold.  A year ago, gold constituted only 8 per cent of all seizures carried out by the directorate.

“Nobody knows the actual amount of gold smuggled into India. Some reports put the value at around Rs 70,000 crore last year. In just the recent Diwali season, it amounted to Rs 15,000 crore,” says Kumar Jain, vice-president, Mumbai Jewellers’ Association.

Prior to liberalisation, smuggling of gold, using the sea route from West Asia, was a major revenue earner for underworld dons such as Haji Masthan, Karim Lala and Dawood Ibrahim. The Gold Control Act of 1968, which prohibits citizens from owning gold in the form of bars and coins and also restricts trade, killed the legal gold trade, pushing many jewellers and bullion traders to deal in smuggled gold.

In the 1990s, when gold imports were legalised as part of liberalisation, smuggling ceased to be attractive. But the introduction of a 2 per cent import duty on gold imports in 2002, which was later increased to over 10 per cent in August 2013, revived the smuggling of the yellow metal.

Consider the numbers. Ten grams of gold costs Rs 22,900 (as on 5 November) in Dubai whereas it costs Rs 26,260 in Mumbai. Going by the difference, 1 kg of smuggled gold would translate into Rs 3,36,000 of quick money. Industry insiders say 1,000 dirhams for one kg (or about Rs 15-17,000) is the standard fee of a carrier and a similar amount is paid in bribe to facilitators. Transactions are done through the hawala route — that is payment is made in cash upon delivery of the consignment. According to some estimates, around 500- 700 kg of gold is smuggled into India every day.

“We do not accept 24 carat gold as security and KYC (know your customer) norms are mandatory for any loan above Rs 1 lakh. So there is no chance of smuggled gold ending up being pledged with banks and gold loan NBFCs,” says V. P. Nandakumar, chairman and MD, Manappuram Finance, one of the largest gold loan companies in India.

Then, where does the contraband gold go? Though nobody says so, it ultimately ends up with retail jewellers. They, in turn, offer discounts to customers willing to buy ornaments without a bill. Deals are done in cash.

“India legally imports about 700 tonnes of gold a year. We don’t have estimates of smuggled gold,” says Atul Banshal, president, Finance and Accounts, M.D. Overseas, one of the largest bullion traders in India. Only banks and star houses like M.D. Overseas can import large quanties of gold. There are some 7-8 starred bullion traders in the country.

Though gold prices are coming down, the 10 per cent duty continues to be the reason for gold being smuggled into India, say experts. They say the only option to curb smuggling is to do away with the heavy customs duty on the yellow metal.