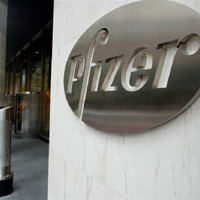 The Indian Pharmaceutical Alliance (IPA), a lobby of 12 top home-grown drug makers, has requested government intervention to prevent the sale of local drug companies to foreigners. In a letter to the Department of Pharmaceuticals, IPA's secretary-general Dilip Shah has asked for "an appropriate funding mechanism to protect and promote the domestic industry" and "foresight and understanding" in tackling issues such as patents and price control without which "more promoters may sell-out on account of frustration in keeping the business growing".

Shah's letter lists six deals involving Indian sellers and foreign buyers in the past one year including the sale of India's top pharma company Ranbaxy Laboratories to Japan's Daiichi-Sankyo. Shah says that a number of these promoters sold off for a lack of funds for research and development (R&D), as also international expansion.

This is only partially true. Ranbaxy's promoters exited because of their interest in growing alternative businesses such as healthcare and financial services coupled with quality issues in their drug factories, which threatened valuations. Wockhardt, which sold two of its divisions, paid the price for risks it took in the foreign currency derivatives market. Private R&D investment has qualified for tax breaks for years yet borne little fruit. A new pricing policy is held up because of many pulls and pressures within industry. Given this scenario, more government funding may not be forthcoming.