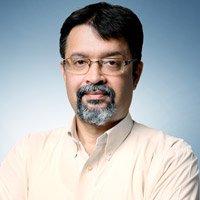 08 November, 2014
Print this article Font size -16+
When Deng Xiaoping opened China’s doors to the world, he was quite clear in his message to his people: Do not challenge the American supremacy in any sphere. He needed Washington’s help for China’s journey to prosperity and recognition as a large power; to return the nation to what the Chinese considered to be their rightful place in the world.

In the last three decades, China has mostly kept its head down as it deepened and expanded its economy, surpassed Japan to become the world’s second-biggest economy, and used it huge financial muscle to slowly influence countries and events across the world. Its focus largely has been on ensuring its energy security and raw material supplies. Beijing has challenged Japan mostly because of historical problems, but it hasn’t openly taken the United States on despite widening differences over trade and foreign policy issues.

But as the United States weakens economically and a new generation of post-Deng leaders take power in China, there are chances that the equation might begin to change. China’s eventual ascendency to the top of the global economic heap opens possibilities of tensions between the world’s two biggest economies as they battle for supremacy.

Academics have often wondered whether the United States is willing to play second fiddle in a world it has dominated for most of the past century. The view is that many in America have not, and probably can’t, come to terms with the new reality that China’s economy will overtake theirs in the not too distant future – in fact in the next five years if projections by the International Monetary Fund are to be believed.

Not many seem to be asking the other pertinent question: Is China ready to take the top slot and begin to openly challenge the United States across several frontiers – from the Taiwan Strait to the Pacific and then across the Atlantic and the Indian Oceans? Given that China is on a slow race to the top, it might not be in too much of a hurry to displace the United States and declare itself to the supreme hegemon. China knows how to play the long-term game and it might not be in their immediate interest to create deep geopolitical rifts with a nation with which it is so intrinsically tied otherwise.

The United States is still the world’s biggest economy (China’s is currently half of the American GDP) and the strongest military power. That will not change quickly even though the slow burn is already beginning to take place thanks to spending cuts being put into place by the administration of President Barack Obama.

Geo-politically, it is in the interest of the Chinese leaders to give Washington enough time and space to let the hangman’s noose tighten. China has enough internal social, economic and political issues to resolve before it invites the world to a big coming-out party. However, what needs to be understood is that eventually China would want to do what it set out to under Deng: claim its rightful place in the sun. It would, however, want to reach there without rocking the boat – both internally and externally.

The next decade is hugely important not only for China, but also for the world that is and will continue to witness major economic and geopolitical shifts as power slips away from the West to Asia and even Africa, which will emerge as the new economic powerhouses.

So when Xi Jinping officially takes over as China’s president during this month’s session of the national parliament in Beijing, China watchers will be looking for signs that may indicate how quickly, or how late, would Beijing want to start telling the world that it now wants to run that last mile with a degree of seriousness not seen earlier.

Xi – who not only heads the Communist Party but also the Chinese military – has his plate full for the moment as the party and the government battle charges of official corruption at a time of an economic slowdown that is not sitting well with a generation that has seen nothing but growth. In the past decade when Hu Jintao was president, the rich-poor divide in China increased dramatically and official corruption became a scourge that the Communist Party has been forced to clean up.

(The columnist is President, Public Affairs, Genesis Burson-Marsteller and a former newspaper editor. He is a keen follower of China and Southeast Asia)