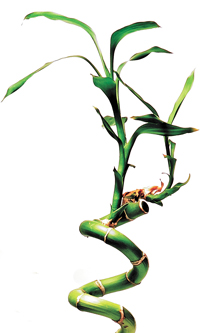 08 November, 2014
Print this article Font size -16+
It never rains, but it pours. At 4.4 per cent, the growth in the index of industrial production (IIP) for September comes as a bit of a shocker. True, there had been a decline in the industrial production numbers in August as well, but the extent of the fall in September was unanticipated. Even officialdom — which in the past few months has been dismissing the falling numbers as a blip — has had to tone down its rhetoric and acknowledge that things may actually be slowing down, if only just a little.

The fall in consumer durables growth to 11 per cent is particularly sharp; volatile as this number is, after growing upwards of 30 per cent in several months, the steep decline is, at first look, cause for worry. The fall in capital goods production growth — a large amount of which is imported — is more moderate, suggesting an easing of investment demand as inventories have been fully stocked. But given that the momentum in the gross domestic product (GDP) growth is being driven by investment demand, these low numbers are reason for pause, and to rethink.

Many economists seem fairly certain that there is no slowdown in private sector capital expenditure plans: tax revenues are still buoyant, and the trade deficit remains wide, implying that capital goods imports are still growing strongly. Look at load factors in airlines, the traction in capital markets and the Reserve Bank of India's (RBI) Industrial Outlook Survey; they all seem to suggest investment growth continues to maintain a steady pace.

Some economists go far enough to think like the RBI's apparent pause in raising interest rates — RBI Governor Duvvuri Subbarao announced that there would be no hike in policy interest rates till January 2011 — this pause in IIP growth too will be short-lived. As long as capital expenditure plans have not changed, investment will continue to drive GDP growth higher. If you needed more proof that demand still exists, look at inflation, which remains stubbornly high.

Food-price inflation continues to worry policy makers and corporate India alike, but there is hope that the kharif crop's entry into the market will moderate expectations; then, there is the base effect that will kick in starting November this year, which could help bring prices down somewhat. Food prices may be shaky, but government officials expect them to settle down soon.

But arrayed against these factors, commodity prices — particularly metals — are still firm. Lower demand is not likely to ease prices, say some economists, given global money supply. In the immediate aftermath of the US Federal Reserve's QE2 (the second round of quantitative easing, or simply put, printing more money) measures, crude oil prices rocketed up to $88 a barrel before settling down to the current $81 or thereabouts.

Consequently, manufacturing inflation is also up for October. But the overall inflation situation is a set of contradictions: the wholesale price inflation (WPI) — the so-called headline inflation number — may fall to the targeted 5.5 per cent, but controlling the food-price inflation is beyond the ken of the RBI, being ‘structural'.

Monetary policy is not equipped to deal with food-price inflation, though it has done something about its other concern, asset-price inflation, by constraining credit flow to real estate companies. The clouds over the economy may not have silver linings, but it is possible, according to some economists, that it is our concerns that are inflated.