The Fastest Is Here 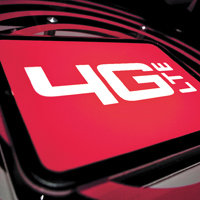 
More than 50 per cent of energy generated every year on this planet is lost as heat. Now, a series of discoveries promises a way to convert this waste heat into electricity. A study published last week in Advanced Energy Materials describes how researchers at the University of Minnesota used a new alloy — which they discovered — that converts heat directly into electricity. One of the first applications for such work is to convert waste heat in automobile exhausts into electricity and charge battery in a hybrid, enhancing the fuel efficiency of the vehicle. It would be useful in many industrial plants that generate enormous waste heat. Another application is to keep data centres cool, using waste heat from the servers. Earlier researchers used cantilevers that bend with heat and crystals that generate electricity when heated. There are several other methods as well, and they all work at varying efficiencies.

The Minnesota scientists use a completely novel approach to the problem. They found a new alloy, of a class called multiferroics, which has very unusual electric, magnetic and elastic properties. For example, the researchers used a material that is not magnetic, but it suddenly becomes so when the temperature is raised by a small amount, and produces electricity when placed inside a coil. It could be the ‘ultimate green way' to produce electricity.