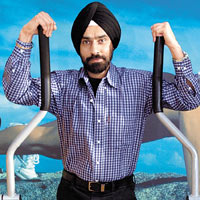 Meanwhile, Adidas, which has initiated an investigation into the financial and commercial dealings of Reebok India, said that it will not disclose specific details considering the sensitivity of the probe. "As these irregularities have been deemed to have occurred prior to the 2012 financial year, the Adidas Group might have to restate prior-year consolidated financial statements in line with the requirements of IAS 8 (accounting standard)...Management assures its stakeholders that it has, and will continue to, vigorously pursue a course of action to protect the group's interests, which has already resulted in the appointment of a new local leadership team in India at the end of March," Adidas Group states. At the time of going to press Addidas had not responded to a detailed questionnaire sent by BW.

Even though Adidas Group had acquired Reebok globally in 2006, its Indian subsidiaries of Adidas and Reebok remained independent until 2011, with Reebok India being led by Prem. Last year, as part of an integration exercise, Prem was appointed the head of Adidas Group in India, a move that was aimed at replicating Reebok's growth story — as the country's leading sports goods brand with a national franchise network of 900 — in Adidas.

According to industry estimates, Adidas and Reebok account for nearly 70 per cent of the Rs 4,000 crore domestic sports goods market. With so much at stake,  developments at Adidas India will be closely watched.