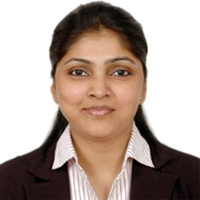 08 November, 2014
Print this article Font size -16+
Since introduction of levy of service tax on rendering taxable services in the year 1994 every Finance Minster having discovered huge potential for tax collection under the ambit of service tax, attempted to expand service tax net. Shifting to negative list under service tax regime brought an all new era in the year 2012, wherein all services became taxable except mentioned in negative list and exemption notification. And with each succeeding year there is yearning to replenish deficient tax receipts of government by expanding service tax coverage.

So following the earlier trends present finance minister in his maiden budget has embarked into main theme of fiscal budget - "to prune the negative list and exemptions to the extent possible".

One of the major changes brought in this budget on 10 July 2014, is extension of applicability of service tax on sale of space or time for advertisements to online and mobile advertising in addition to broadcast media. Thus, bringing into its ambit, advertisements in internet websites, out of home media, on film screen theatres, bill boards, conveyances, buildings, cell phones, ATMs, commercial publication, aerial advertising, etc. Similarly, radio taxis or radio cabs whether or not air conditioned, have also been brought under the service tax net to bring them at par with rent-a-cab service.

Further going ahead with the mantra of broadening tax base, exemptions to service provided by air-conditioned contract carriages and technical testing of newly developed drugs on human participants have been withdrawn.

There have also been attempt to rationalise existing provisions. Exemption provided to services falling under 'auxiliary education services' have been streamlined and specific services have been listed which will be granted exemption by omitting the earlier ambiguous 'auxiliary education services'. Union Budget has also taken other steps for further rationalization of Statute by bringing in more clarity therein, which is a welcome step. One of the major steps in this regard is merger of categories of works contract other than execution of original works in Rule 2A of the Service Tax (Determination of Value) Rules. Such measures aim to bring greater clarity and reduce litigation regarding the scope of exemptions.

The attempt to rationalise ever evolving service tax statute to bring in more clarity will also lead to lesser litigation arising out of ambiguity in law.

Finance Minister has made current Government's intention of making less populist moves amply clear. In view of the big task ahead of 45 days old Government, the intent and roadmap for reviving the economy is obvious and welcome.