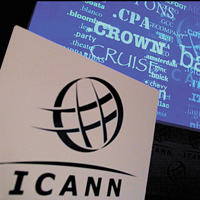 
Tough Call
Finnish cellphone maker Nokia has announced new plans to rejig its ailing handset business. It will cut 10,000 jobs, close a few factories and research facilities and replace the long-standing heads of cellphones and sales. There is more bad news. Nokia says its second quarter loss will be higher than it previously forecast. This is for the second time this year that Nokia has slashed its earnings forecast. That said, Nokia India says the cuts will not hit its operations significantly. It has 11,000 employees in the country.

Eye On All
The government is planning to bring all sectors of the economy under the watch of the Competition Commission of India (CCI). The corporate affairs ministry has prepared a note in this regard and sent it to a group of ministers. But not many are happy with the move. The Department of Financial Services and the Department of Telecommunications feel their respective sectors — banking and telecom — should not be part of it. To allay conflict between the CCI and sector regulators, the ministry wants certain amendments to the Competition Act.

Debt's The Way
Indian companies raised a whopping Rs 2.54 lakh crore through private placement of debt securities or bonds in 2011-12. This is an increase of 31 per cent in the total size of such funds from 2010-11. And that's the highest level in nine years, notes a report by Prime Database. The amount was mobilised by a total of 164 institutions and corporates.

Damage Control
After blowing about $2 billion on a bet that few understood, it's now time for JP Morgan Chase to get into damage-control mode. Appearing before US lawmakers, JP Morgan Chase CEO Jamie Dimon said the mishap occured due to poorly conceived strategies of senior executives who failed to keep him informed. That said, he maintained that he was still critical of how the US government tried to curb Wall Street.

Going Public
Initial public offerings (IPO) are hogging headlines for the right and wrong reasons. After Facebook, which unleashed the mother of all IPOs that later became a flop show of sorts, it's the turn of Malaysian palm oil producer Felda Global Ventures Holdings. Felda successfully raised $3.1 billion on 14 June in the world's second-largest IPO this year. Now all eyes are on the planned $3 billion offering by Formula One in Singapore.

Bullish On India
GE India has said it will  invest about Rs 1,100 crore ($200 million) to set up a new manufacturing facility in Pune for developing products for the energy sector.

Going Social
Raymond is impressed with the new media. The world's leading producer of fabrics said its ad spend on social media is likely to grow by 400 per cent. Last fiscal, it spent nearly Rs 35 crore on advertising and marketing, of which Rs 5 crore was on social media.