The Cheap Deal That You Got On Internet May Be Fake! 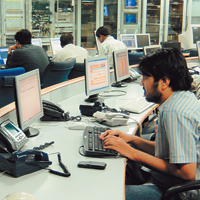 08 June, 2015
Print this article Font size -16+
The story of e-commerce in India is relatively new yet fascinating. Riding on the 3Ds of Demography, Democracy and Development, India itself is a story of growth. Hence, e-commerce as a vehicle of new aspirations should not come as a surprise.

The nation is surely on its way to become world's fastest growing e-commerce market, if current projections are anything to go by. This growth story is being driven by both demand side and supply side variables. Growing penetration of internet, mobile as a preferred device of e-commerce transaction surely opens up many doors and the savvy investors are trying to harness as much potential from this vast land of aspirations.

Internet users in India have gone up from 50 million in 2007 to 300 million in 2014. Last year, smart phone shipments doubled to 80 mn from a year-ago period. Overall, e comm penetration is being spoken about in the vicinity of 80 million buyer universe. Morgan Stanley expects the size of the Indian internet market to rise from $14bn GMV in 2013 to $137 bn by 2020 and market capitalisation of these internet businesses could touch $160-200 bn from the $4 bn at present. Currently, travel constitutes approximately 78 per cent of this GMV ($11 bn). However, this ratio is expected to undergo a change too, with non-travel seen to be pushing the boundaries.

Currently, only three internet companies are listed in India but with the pace at which venture capital (VC) firms and private equity  (PE) firms are pumping money into India, several internet companies could possibly look at listing in the next couple of years.

As the market matures and more companies get listed, the market cap of internet companies will expand too. Analysts at Morgan Stanley believe that India's internet market can grow to $137 bn by 2020 (a CAGR of 43 per cent) and e-commerce will form the largest part of the internet market at $102 billion. In relatively more advanced markets like China and the US, top 30 listed internet companies account for 12 per cent and four per cent, respectively, of the total market capitalisation. Internet commerce tends to account for more than 50 per cent of the market cap among listed internet firms. Morgan Stanley expects India's e-commerce market (revenues) to grow from $2.9 bn in 2013 to over $100 bn by 2020, making it the fastest growing e-commerce market in the world.

Not only Tier1, e-commerce is increasingly attracting customers from Tier 2 and 3 cities, specially as the awareness and aspiration is on rise and the reach is still a big issue. E-Tailers typically see  a rise of 30-50% in transaction from these cities.

A wide assortment and unbeatable prices, added with aggressive marketing using channels like Facebook, are catalysts that are fueling that growth helping several ecommerce companies to create strong brand image in India.Television is another influence that has played a very positive role in promoting ecommerce in India. From shows to TVC ecommerce is making its presence felt everywhere!

Quite a few ecommerce companies are doing great due to holidays and festivals sales, inviting a lot of new customers and also crating customer loyalty among existing ones. India's affinity for technical advances and early adoptability that the uber-conencted population shows is one of the other force behind this tsunami. Technologies like virtual mirror are helping to break free form the touch and feel barrier in lifestyle and fashion categories, while scan and shop making it very convenient for buyers to shop on the go.

With India's GDP growth rate and the continuous inflow of investment that ecommerce is seeing there is absolutely no doubt that India is on fast lane to become a strong force in ecommerce universe. Jai Ho!