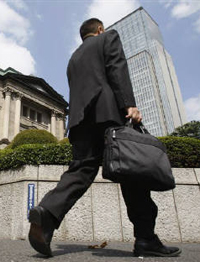 Ironically, it is US pension trusts, led by big daddy CalPERS (California Public Employees' Retirement System), that first raised the call for cutting PE funds' management fees in the US. This was prompted by the losses sustained by large leveraged buyout funds on investments made at high valuations prior to the US mortgage crisis in 2008. In April 2010, New York-based buyout shop Apollo Management agreed to cut its management fees for CalPERS by 0.2 per cent, emboldening the pension trust to make similar demands of other PE funds in which it has been an investor.

In order to understand the significance of such management fee cuts, it is important to know how compensation structures work in the PE industry. Private equity funds such as Multiples raise capital from large institutional investors, which are typically known as limited partners. These fund managers, known as general partners, charge an annual fee of 2 per cent (of the total corpus). So the annual fee for a $500-million PE fund would be $10 million through the lifecycle of a fund, which would typically be 5-6 years. In addition, the fund managers also get to keep 20 per cent of the profits that the fund makes when it exits its investments.

Given the high stakes, limited partners, stung by losses in the mature markets, are now looking at emerging markets to hedge risks. Funds in the Asia-Pacific region have so far been able to resist any cuts in management fees, largely riding on the advantage of being growth markets where valuations are still reasonable. "India also has different investing conditions. The cost of due diligence is higher. It takes much longer," says Nitin Deshmukh, CEO of Mumbai-based Kotak Private Equity, which manages $1.4 billion in funds. However, as noted by the Squadron-EMPEA survey, he points out that the main reason funds here enjoy better compensation is the size of funds. "The average fund size in India is $200-300 million," he says. Delhi-based ChrysCapital is the only homegrown PE fund so far that has raised a $1 billion-plus fund.

China and India represent two of the largest growth markets for PE investing. While investment ticket sizes are smaller, such investments can fetch supernormal returns. India has already demonstrated this. Starting with the $1.6 billion earned by Warburg Pincus on its $300 million investment in Bharti Tele-Ventures, big-ticket PE exits have been a recurrent theme in the Indian market. A healthy exit track record and limited partners' appetite for growth markets is encouraging several experienced fund managers in India to quit established firms to start their own ventures. With compensation terms favouring fund managers in this part of the world, it is more lucrative to fly solo.

Early last year, just as the environment turned, Khanna, managing director of Warburg Pincus India who clinched the Bharti deal, decided to quit; he is now reportedly raising his own fund. Similarly, in mid-2010, Srinivasan, former chief of Citi Venture Capital International in India, quit to start Exponentia Capital; now he is raising a $350-400 million fund.

However, while limited partners may be willing to bankroll new funds, track records will come under scrutiny before doling out those generous management fees. "It is going to get tougher for new fund managers to raise funds. Blue-chip limited partners look at established track records," says a Delhi-based PE fund. For veteran fund managers such as Srinivasan, Khanna and Ramnath, who bring over a decade's experience to the table, this may not be such a big problem. Newer entrants with less experience may well end up settling for lower management fees, if limited partners play it smart.

However, with the growing hunger for new markets, there is also a concern about too much money flowing in too fast. "There are a lot of people trying to raise funds in the region. Our main concern with increased competition is that valuations will increase," says Squadron's Tan, whose firm invests in PE funds as a limited partner.

This is particularly important in the Indian context where PIPEs (private investment in public equity) are inordinately popular with PE funds. Limited partners usually impose a 10 per cent cap on such deals globally. However, in the Asia-Pacific region, according to the Squadron-EMPEA survey, the cap varies from 10 to 20 per cent on the total fund corpus that can be invested in listed companies.

Right now, limited partners are in the mood for flexibility to get the best out of the Asia-Pacific market. If managed sensibly, Asian fund managers have an opportunity to create a market that can grow to rival the more developed markets in the US and Europe over time.