The Answer Is An SMS Away 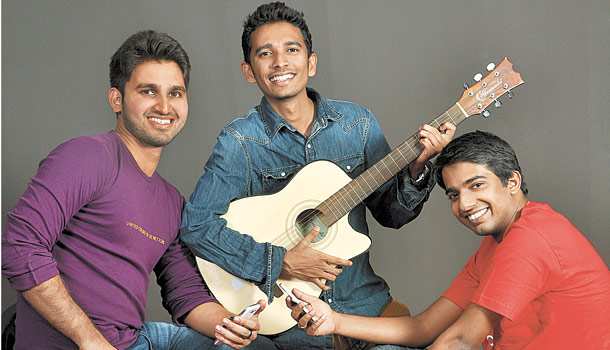 08 November, 2014
Print this article Font size -16+
Of the few companies born on an Indian college campus, Innoz Technologies is one. The company was started by four friends who met at Lal Bhadaur Shastri College of Engineering at Kasaragod in Kerala, a state which doesn’t boast of a legacy of entrepreneurship. Unlike most technology entrepreneurs in India, they chose to build products — not get into services. Their first product called Tranz — a peer-to-peer, file-sharing application — received critical acclaim and got them visibility. But, being ahead of its time, it did not make money and had to be dropped.

However, their next product has become the go-to search engine for a large part of the emerging world. SMSGyan today receives 40 million queries a month and 120 million people have tried it. This financial year, Innoz will end with revenues in excess of Rs 15 crore and a net margin of over 50 per cent.

“All my life I have been told that I am too young to do anything. I am restless by nature and that has only goaded me to try new things. If we are hesitant to try, how will we win?” says Deepak Ravindran, 25, one of the founders of Innoz. The other three co-founders — Abhinav Sree, Ashwin Nath and Mohammad Hisamuddin — joined Ravindran in dropping out of college to chase their dream of building a company. The company went on to receive incubation assistance from Technopark in Thiruvananthapuram and was mentored by IIM Ahmedabad’s iAccelerator programme.
SMSGyan, as the name indicates, provides information via SMS. Innoz’s premise was fairly simple. In 2008, when it was set up, smartphones were rare in India. Even today, despite a telecom subscriber base of over 900 million, less than 100 million have Internet connectivity. Even for those with data plans, poor network is a big downer.

In a country with low PC penetration and limited access to the Internet, SMSGyan was like manna from heaven. “It started as an information service provider. For instance, if you wanted to know the cricket score, you just sent an SMS to 55444 and instantly got the latest score for which you would be charged Re 1. Tranz, our earlier product, failed because of the absence of a revenue model and we will not repeat that mistake,” says Ravindran.

Convincing big telecom operators across the country to offer SMSGyan was far from easy. “I must have knocked on more than 100 doors. Nobody would take me seriously when I turned up for meetings. All they would see was this 20-year-old having a card proclaiming him to be CEO of a company,” reminisces Ravindran.

Then, after yet another rejection by Bharti Airtel, when an exhausted Ravindran took a coffee break at the company’s Gurgaon campus, he espied Nitin Mishra, then head of new products at Airtel. He jumped at the opportunity and pitched to Mishra right there, in the coffee shop. The rest is history.

Today, 15 telecom operators, including Vodafone, Tata DoCoMo, Aircel and Loop Mobile, offer the 55444 premium SMS service. So do operators in places like Nepal, Sri Lanka, West Asia and Africa. From merely offering cricket scores, news and sundry information end users sought, Innoz has come a long way. “We are a platform company now and not merely an information provider. We host hackathons where apps are created for our platform. A 14-year-old recently created an app to keep tabs on the number of days one bunks school or college. There is an app to update and check the status of your Facebook feed, using SMS,” says Ravindran.

The revenue model is straight-forward. One can opt either for the pay-as-you-go option where each SMS costs Rs 1, or opt for a Rs 30 package for a month with unlimited SMSs. Even for international roaming, this facility can be availed. “An international SMS at Rs 5 is cheaper than an expensive data roaming packet, when all you want is to check specific information,” points out Ravindran. From booking bus tickets (for which it has tied up with RedBus) to checking PNR status of train tickets, to reserving a table at a restaurant to movie tickets, it is possible to do it all with SMSGyan.

What about competiton from the likes of Google, JustDial or TxtWeb? Ravindran is unfazed. “Somebody like JustDial provides commercial information and their monetisation is by lead generation; essentially, telling relevant service providers that you are looking for something. In our case, every single search is paid for upfront. For instance, you can message 55444 asking who won the cricket World Cup in 1975. A commercial solutions provider would not be interested in providing a response.”

Innoz’s USP also lies in its response mechanism, which is fully automated unlike, say, JustDial, which has a human interface. “Our algorthims learn continuously. The bigger the data, the better the results. Each time you use us, we continuously deliver better and more relevant information as the machine continuously remembers your preferences and the context of the search. Our goal is to be the offline search engine of the world.”

And what about increasing smartphone penetration? Ravindran points out that while hardware might have become cheaper, data services are still expensive. Also, those not comfortable using a PC or a smartphone can send a simple SMS to get information.

Innoz, which received angel investment from a few players, including Infosys chairman Kris Gopalakrishnan, is looking to raise funds as it scales up. After it raised $3 million from Seedfund, a venture capital fund, in series-A funding, the angels exited. Seedfund owns about a third of the company with the rest held by the four promoters. Ravindran did not specify how much additional funding the firm is seeking.

With 45 employees and three offices in India, Ravindran and his team are putting their learnings to good use. He has, in his individual capacity, invested in three Silicon Valley start-ups. “There is no reason why we can’t dream big. This is just the beginning.”