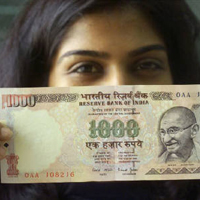 This year, the IIMs have increased the cost of CAT forms by Rs 200 for general category and by Rs 100 for SC/ST making it as high as Rs 1,300 and Rs 1,100, respectively. If the IIMs sell just 2.5 lakh forms, they will make more than Rs 30 crore from the sales of forms alone. And CAT forms sell in huge numbers because there are dozens of second tier colleges that accept CAT results. More than 160 tier-II and tier-III B-Schools accept CAT scores.

But even with that number of schools accepting CAT scores, most students prefer to hedge their bets by sitting for several other exams as well. Besides CAT, third year B.Com student Suraj Prakash Sharma is applying for SNAP, XAT, CET Maharashtra, GMAT and FMS too. "It is not enough to apply for IIMs and sit still. There are chances I might not get through and I want to play safe," says Sharma. "These are reputed B-Schools having their own entrance tests."

break-page-break
M.V. Karuna (21) another MBA aspirant from Hyderabad is filling applications for all the major entrance test ranging from CAT, MAT, IBSAT, SNAP and XAT. She will be applying to all the major B-Schools in Mumbai and Delhi. "I will be spending around Rs 15,000 at least while applying to various B-Schools, which is a little too much," says Karuna, a final year B.Com student.

Unlike in the B-Schools abroad where management graduates are suffering from sluggish job market, the fear of economic slowdown and global recession has, in fact, spurred the demand for business school degrees. Today, most students realise that a management degree from a decent college is required just to get a foothold in the job market. No wonder, the number of students buying application forms keeps going up year after year. "Last year we received approximately 90,000 forms for XAT, this year we are expecting to sell more than 1 lakh forms," says Rajiv Sharma, admissions chairperson of Xavier's Labour Relation Institute.

More than a professional qualification, students see the MBA degree (from a top-tier B-School) as an asset. And as most students point out, the return on investment makes it worth the effort and money. "Though it's an extra burden, it pays off in the end, so it is an investment," says Piyush Agarwal, an engineer working with Infosys and an MBA aspirant. "The return on investment is very high for MBA and ultimately this is what matters." Agarwal expects to spend around Rs 10,000 to apply for the B-Schools of his choice. He plans to appear for CAT, SNAP, XAT and FMS and will be applying for admission in at least 10-12 institutes.

Delhi-based Faculty of Management Studies (FMS) received more than 61,000 forms last year for 115 seats, that is, 600 application forms per seat. The figures are expected to increase by 25-30 per cent this year, says an FMS faculty member. FMS entrance exam form, which also serves as its application form, is priced at Rs 500 for one programme. Indian Institute of Foreign Trade or IIFT, again in New Delhi, received around 47,000 applications last year for 180 seats. "This year we are expecting to receive about 50,000 applications for 210 seats," says Dr L.D. Magoo, registrar, IIFT. The institute spends around Rs 2 crore for conducting the entrance exam and admission process and the application forms are priced at Rs 1,200 per form. That's a profit of whopping Rs 4 crore just in application forms itself. "We utilise this amount in capacity building and training the faculty," adds Magoo. IIFT pays a stipend of Rs 20,000 to students pursuing their doctoral studies.

At Rs 1,600, application forms at Management Development Institute, Gurgaon and Institute of Management Training, Ghaziabad-Nagpur is probably one of the most expensive. Mumbai's Narsee Monji Institute of Management Studies conducts NMAT and has kept the cost of examination forms at Rs 1,500. "It is an extra financial burden to pay such an amount just to fill forms for these institutes but we really don't have a choice," says Puneet Patni from Mumbai who is also filling for CAT, SNAP, XAT forms apart from applying at IIFT and FMS. He has allocated a budget of Rs 15,000 for B-School forms. "And the budget may shoot up if needed," he adds.

Conducting the entrance exams not only helps in selecting deserving candidates from the lot but also helps profit institutes. IIMs earned more than Rs 25 crore in 2007 just by selling the CAT forms. "For the IIMs, the average cost of admission procedure per student works out to Rs 300 every year and with 3 lakh aspirants giving CAT, IIMs spend more than Rs 9 crore on conducting the exam," says Prof. Devi Singh, former director of IIM Lucknow. "The rest of the money is distributed among IIMs which is further used in leveraging resources for the institutes such as providing facilities to the faculty, infrastructure and research work."

If Not IIMs...
Those who don't get through the top rung B-Schools also have the option of appearing for Management Aptitude Test. MAT has become one of the largest aptitude test in the world with 3.4 lakh candidates giving the exam every four months. The test is conducted by All India Management Association (AIMA) and more than 300 B-Schools across the country accept MAT scores for admitting students. MAT forms are priced at Rs 700.

GMAT (Graduate Management Admission Test), mostly written by those aspiring to attend B-schools abroad is also accepted by nearly 11 B-schools in India (See 'List of Institutes That Accept GMAT Scores') including Indian School of Business, Hyderabad and Management Development Institute, Gurgaon. Also, the population yearning for an international edge is not limited anymore. These students are working hard while equipping themselves with all that is needed to get there - starting from filling GMAT application form to arranging education loans. More than 15,000 people gave GMAT last year to get into one of these B-Schools.

Manish Chauhan (27) works as an Associate with Delhi-based Feedback Ventures, an integrated infrastructure services company, plans to take GMAT in the first week of October this year. "The GMAT application form is going to cost me $250 (Rs 11,000 approximately) and then I will apply to 10 universities across the US," says Chauhan. "The cost of applications, which ranges from $50-$100 for each B-School, will exceed Rs 20,000," he says.

Preparing, applying and pursuing an MBA degree remains to be an expensive affair. The only motive here, as Agarwal puts it, is the return on investment which is much higher. And the institutes stand to gain in a big way cashing in on the trend.