Washington [US], February 11 (ANI): American singer-songwriter Taylor Swift recently announced that she will release the re-recorded version of her 2008 hit song 'Love Story' on Thursday midnight. She will later re-release her album 'Fearless' which will have additional 6 songs, that were not part of the original one.
The 10-time Grammy winner took to her Twitter handle and just in time for Valentine's Day weekend announced that she has completed the new version of her blockbuster sophomore album 'Fearless' from 2008.
She wrote, "I'm thrilled to tell you that my new version of Fearless (Taylor's Version) is done and will be with you soon. It has 26 songs including 6 never before released songs from the vault. Love Story (Taylor's Version) will be out tonight."
Along with the post, Swift also penned an emotional essay about the 'fulfilling' process of re-recording her tracks. 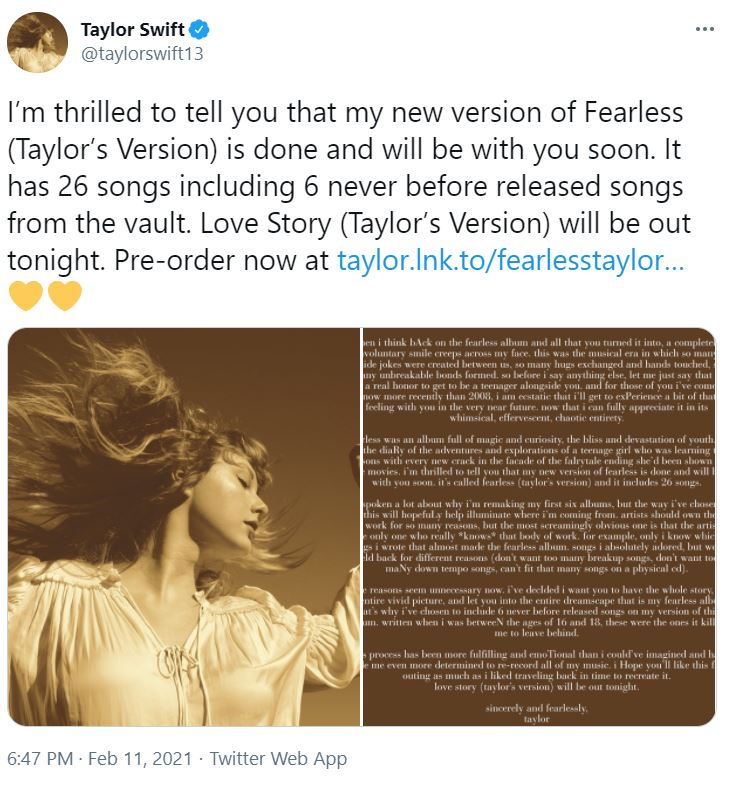 Taylor Swift's eighth album 'Folklore' had come out to be the No. 1 album of 2020 with over 2.3 million album units. 'Folklore' left Lil Baby's 'My Turn,' behind which came in second with 2.1 million in the album-equivalent-unit derby. (ANI)