Tax Avoidance: The Party Is Ending 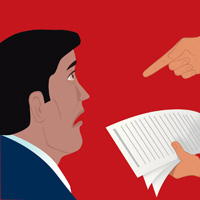 08 November, 2014
Print this article Font size -16+
Tax avoidance, with all its euphemisms, may soon come to a grinding halt. In a draft action plan released on 19 July, the OECD (Organisation for Economic Co-operation and Development) has come down heavily on Base Erosion & Profit Shifting (BEPS), the plague that tax officers in economies like India have been grappling with for a long time now.

Multinationals, the largest contributors to taxmen globally, have been reducing their tax obligations by systematically shifting their profits to a low tax jurisdiction such as Cayman Islands, Bahamas or Ireland. For example, a multinational operating in India could pay huge sums as royalty or interest to its parent in Cayman Islands, thus reducing its profit (and consequently, tax payable) in India. Much of the wrangling between the Income Tax department and their prey, the MNCs, can be traced to such arrangements.
Read: Transfer Pricing, A Friction Between The Taxman & MNCs

In its action plan on BEPS, the OECD calls for measures to ensure that profits of a company are taxed in the country where it is made (source country), rather than where it is legally located (resident country). International tax treaties should not be abused to obtain undue tax benefits, deductibility of payments made to a low tax jurisdiction without any economic merit, stricter rules for taxing intangibles like royalty or benefits from outsourcing, are all mooted in the plan. In a nutshell, profits will have to be taxed in accordance with where value is created.
Read: Harassed Companies Rush For Advance Ruling On Tax Matters

“This could mean the end of tax planning as we know it today”, says Bijal Ajinkya, tax partner at law firm Khaitan & Co. “On the one hand, this will give more clarity on what governments can tax and what it cannot. So, companies will be able to engage in better tax planning, now that the shades of permissible grey will be eliminated. Even for the tax departments, they will have better clarity on the activity that is happening in the country, to get a better handle of what it can tax”.

This follows several recent issues in developed as well as developing nations where largely profitable companies got away with paying minimal or no taxes. In India’s most famous tax case so far, Vodafone convinced the Supreme Court it was not liable to deduct tax (TDS) on its purchase of Hutch’s Indian operations claiming the profits were made by selling a company registered in Cayman Islands. In the UK, Starbucks was in the eye of a controversy after it emerged it paid only $8 mn as tax over 14 years of operations in the country, despite sales of $3 bn in that period. Then it emerged that Google was paying tax at a rate of 2 per cent of its non-US profits, leading again to much criticism.
Read: Half Of Investments In Emerging Markets Go Via Tax Havens: Report
Read Interview: 'Expect Much More TP Litigation Globally'

“What is interesting is that this represents a change in thinking within the OECD itself. “Earlier developed nations were happy to charge tax based on legal residence, as most entities were registered within their jurisdiction”, says a renowned tax expert who did not want to be named in the story.  “But around the time of the financial crisis, as companies began to shift their registered entities to tax havens, they were faced with a widespread erosion of tax revenue” he says.

To be sure, several countries have already been taking measures in this direction. This week, the UK passed a much awaited General Anti Abuse Rules that would check many of these practices. In India, a similar rule was delayed to 2016 after widespread criticism. What the OECD plan does is to take the wind out of MNCs lament that they are being treated unfairly.
Read more stories on Tax Avoidance
abraham(dot)mathews(at)abp(dot)in
matabrahamc(at)gmail(dot)com
(at)ebbruz
Tags assigned to this article:
exclusive to web income tax oecd it department transfer pricing abraham c mathews othertop1 tax avoidance tax havens beps organisation for economic co-operation and development base erosion and profit shifting cayman islands international tax treaties