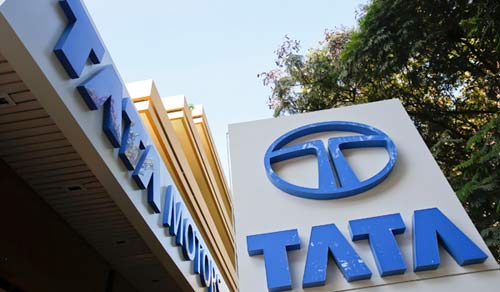 08 November, 2014
Print this article Font size -16+
In what is thought to be an unprecedented event, shareholders of Tata Motors rejected a proposal to pay it’s directors a minimum remuneration in the absence of adequate profits, as well as ratify a similar proposal for the year gone by. This is perhaps the first time shareholders have stalled remuneration to be paid to their top management.

In a postal ballot earlier this week, the shareholders were asked to approve payment of a monthly salary of up to Rs 7,00,000 to two directors, - Ravindra Pisharody, (in charge of Commercial Vehicles) and Satish Borwankar (Quality) - as well as a sum of Rs 14.64 crore paid to the late Karl Slym, who was the MD of the company.

According to a company spokesperson, these payments were as per the terms at which these directors were appointed two years ago. However, in 2013-14, as the company made a loss from operations during the year, Companies Act requirements on what remuneration could be paid the company’s top management – a maximum of about Rs 4,00,000 a month for the Executive Directors - kicked in. The company was thus forced to go to the shareholders to ratify the amount that was now an excess payment.

Almost thirty per cent of the voting shareholders, all of them from among the public shareholders voted against the proposal, which required a 75 per cent majority, thus defeating it. The company counts among its public shareholders the LIC of India and the Government of Singapore, as well as over 35 per cent held by foreign institutional investors. Institutional investors have been increasingly vocal about management propriety in India. Several proposals have been objected to, but it is rarely that they get stalled because the promoter, unlike in the case of Tata Motors, owns an overwhelming majority of the shareholding.

JN Gupta, founder of Stakeholders Empowerment Services, which had advised investors to vote against the proposal on technical grounds -indeterminate perquisites - says that companies should be more careful in drafting such proposals for postal ballots, as unlike in a physical meeting, there is no scope for modifying a postal ballot resolution. Shareholders can only vote for or against.

Even Gupta admits that in Tata Motors’ case, the remuneration was not excessive. But several other Indian promoters, notorious for excessive payslips, would sit up and take notice of this incident. Will this experience force India Inc’s managers to go the extra mile to ensure profits are achieved? Or will they resort to cooking it’s books if they are unable to make profits? Only time will tell.