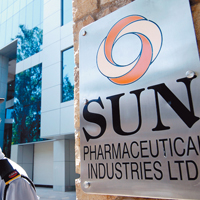 The extraordinary general meeting of shareholders and the class meeting of holders of ordinary shares, originally scheduled for December 6, 2012, to consider the proposed merger of Taro with a subsidiary of Sun Pharmaceutical Industries has been postponed, the company said in a statement. It did not cite any reason for it.

"Taro will set a new record date for the rescheduled meetings and will mail a supplemental notice together with proxy materials to its shareholders," it added.

In August this year, Taro's board had agreed to sell the remaining stake of the company to Sun Pharmaceutical and its affiliates for an enhanced price of $39.50 per share.

The merger agreement provides that all shareholders of Taro other than Sun Pharma and its affiliates would receive a cash payment of $39.50 per share upon the closure of the merger deal.

On completion of the merger, Taro would become a privately held company, wholly owned by affiliates of Sun Pharma and its shares would not be traded on the New York Stock Exchange.

In July, Taro's board had rejected the Sun Pharma's October 18, 2011 offer to purchase all the outstanding shares of the Israeli firm that would have entailed an outgo of $367.5 million (over Rs 1,810 crore).

This was after the special committee of Taro's board said the offer price was inadequate.

The raised buy-out offer by Sun Pharma is over 61 per cent from it's earlier offer of $24.50 a share.

Sun Pharma, which currently has 66.5 per cent stake in Taro, has proposed acquiring the 15 million outstanding shares of the Israeli firm.