Thulasendrapuram (Tamil Nadu) [India], January 21 (ANI): As Kamala Harris scripted history on Wednesday by becoming the first woman Vice President of the United States, her ancestral village in Tamil Nadu celebrated the momentous occasion with fervour.
People in Thulasendrapuram village, the native village of Harris' mother, were seen applauding and hooting while Harris was taking an oath to the office. The locals also held her posters and burned firecrackers.
"I am very proud and excited because our Kamala Harris is becoming the first Vice-President of US. We are together watching her swearing-in ceremony. Right from the morning people were performing puja in temples," said a local.
Meanwhile, Rangoli artist in Raipur, Pramod Sahu, made a beautiful sketch of the President of America, Joe Biden and Harris. 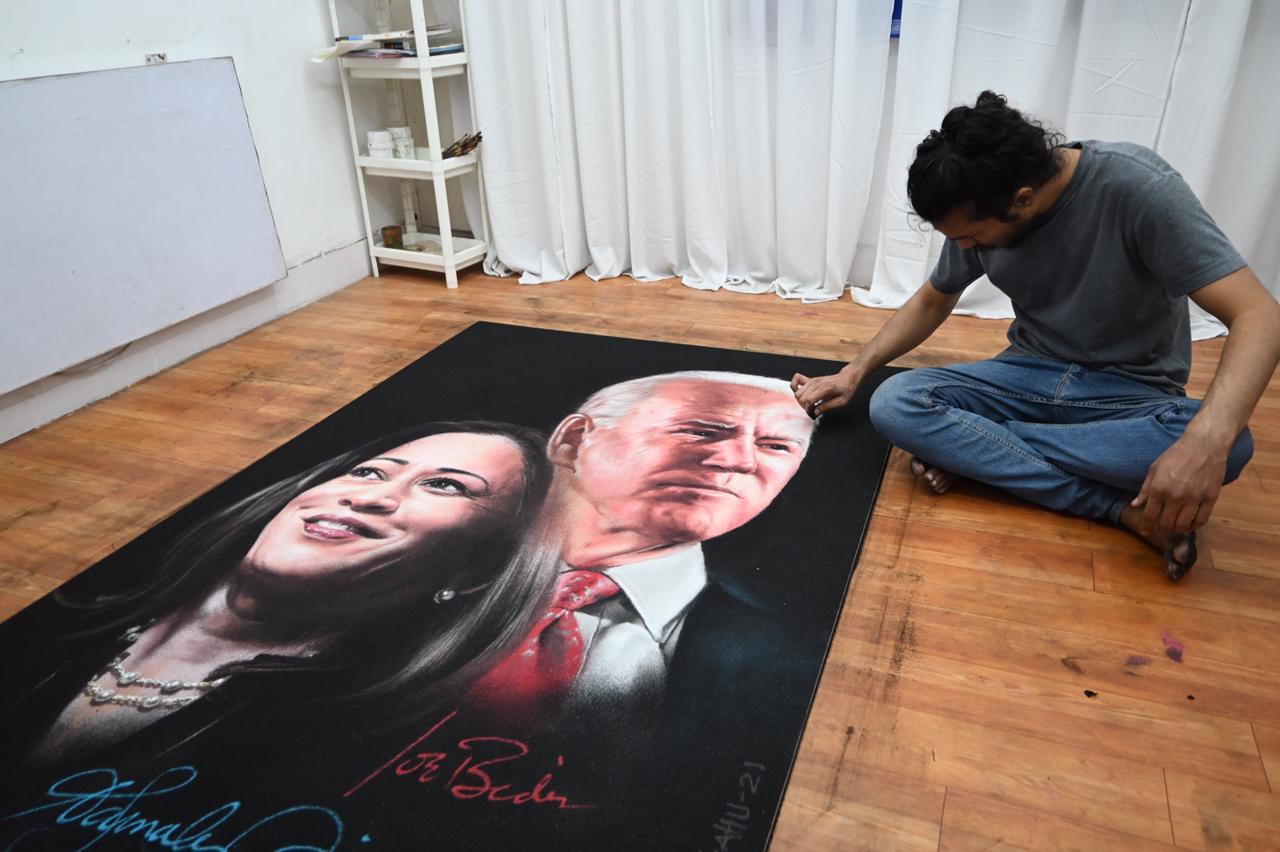 "It is a matter of great pride for Indians that an Indian-American woman has been elected to the post of Vice President in a powerful country and we are very proud to hear that. It took me eight hours to make this Rangoli," said Sahu.
Biden and Harris were sworn as the 46th President and 49th Vice President of the United States respectively on Wednesday. (ANI)
Harris made history becoming the first woman, first Black and first South Asian vice president in the nation's history. By her side, her husband Doug Emhoff has also made history, becoming America's first second gentleman. (ANI)