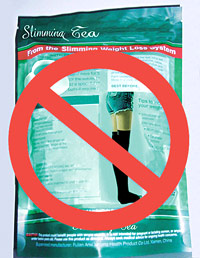 08 November, 2014
Print this article Font size -16+
Advertising is the art of making whole lies out of half truths." One could surmise that large parts of the health and personal care category in India took that quote attributed to Edgar A Shoaff, rather seriously. In a statistic that the category would not be proud of showing off, the Consumer Complaints Council (CCC) of the Advertising Standards Council of India pointed out that in the first four months of 2013, a whopping 52 per cent (148 out of 287) ads complaints upheld were from the home and personal care category. Advertisements that make misleading claims come under the scanner of the CCC.

In April, the health and personal care sector was followed closely by Education-- another sector that has been leading the set of advertisers who occasionally make outrageous claims and deliver a dud. “ASCI is proactively strengthening its awareness to cover ads in every media form,” says a company statement. Marketing executives say that the brands rapped on the knuckles by ASCI in the health and personal care segment are not the large brands or those belonging to reputed companies.
While that observation might be true of complaints received in the month of April 2013 (list given below), the verdict of which was released on 24 June, one cannot say the same about the previous month. In March 2013, brands against whom complaints were upheld for having made tall claims included the who’s who of the FMCG (fast moving consumer goods) sector, from Procter & Gamble and Hindustan Unilever to Johnson & Johnson and Dabur.

In the case of HUL for example, their Pond's white beauty claimed to have a cream which stated, “Once your spots disappear, they won't come back, even if they want to”. ASCI has even started going beyond the realm of traditional media where it once exercised its authority to even new media like mobile marketing. One such step was taken in the month of April 2013 when, for the first time, it received and upheld a complaint against an SMS ad sent out by Hardcastle Restaurants, the franchisee for fast food giant McDonalds in South and West of India.

The chain sent out a promotional SMS claiming that it would give a ‘McVeggie or McChicken free" on any order of Rs 200 and above at the McDonald's outlet. The complainant was at the McDonald's counter at the food court of a Mumbai mall. But the staff refused to give the freebie to the consumer claiming that this SMS was meant exclusively for home delivery only. ASCI pulled up the advertiser on the charge that the advertisement was misleading.

Here's a list of some of the ads upheld by ASCI in April 2013:
Health
-Naaz India Company: Naaz Fat Cut Granules in their advertisement claimed that they are a ‘new invention regarding obesity’, ‘result of 10 years of hard work of doctors’, ‘no side effects on body’, ‘body does not become over weight or underweight’, ‘skin becomes tighter, youthful, beautiful & doesn’t loosen again’,  ‘stomach becomes flat for sure’, ‘government recognised medicine’, ‘expert doctors of Naaz India health care company have made Naaz cut granules for complete fat reduction & it is approved by Government Ayurveda department of India’.
-Sagar Dispensary’s advertisement claimed that ‘Dr. S.A. Ali is an expert in STD’. ‘Treats patients with problems like less sperms, impotence & provides complete and permanent cure’, ‘our successful treatment has cured lakhs of disheartened patients and given them new life’.
-Dr. Nigam Hair Multiplication’s “Dr. Nigam” has been tarnishing the brand of RichFeel and maligning it in their ads. The brand has also been deliberately using RichFeel’s brand template colour and a misrepresented brand look alike logo (RichFeel’s logo has two E’s, one of which is a mirror image of the other) as well, besides picking up scientifically proven points pertinent to RichFeel in their communication and negatively portraying the brand. The CCC concluded that the advertiser has made unjustifiable use of the name of Richfeel and taken unfair advantage of the goodwill attached to its trade mark and goodwill acquired by its advertising campaign. The advertisement contravened Chapter IV.2 of the Code. The complaint was upheld.
Education
-Lakhani Academy advertisement claimed that ‘Lakhani Academy will give 100% fees refund, if students fail in IPCC/CPT.’
-Indian Institute of Learning & Advanced Development’s advertisements claimed ‘100% assured placement’, ‘earn back upto 100% of course fee’.
-Maharishi Basant Tutorials in its advertisement claimed that ‘guaranteed success program for IIT-Jee, else 100% fee refunds’.
-Alchemist’s advertisement claimed that ‘it has more than 22 students in 99 percentile and 78 students in 95 percentile’.
-Mukils English Academy’s advertisement claimed that it ‘provides 100% job guarantee on all courses’.
-IT’S THE Education Group, Sai National Intuition of Technology (SNIT)’ & Tulip India’s advertisement claimed that they ‘provide 100% placement’.