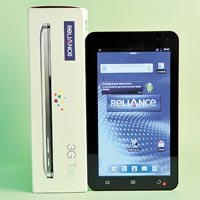 We Are Hiring
India's organised sector created more than 700,000 jobs in the first half of 2011 and might generate 350,00 jobs by September, says staffing services firm Ma Foi Randstad. Its survey shows healthcare alone generated 115,000 jobs in the first half of 2011, while hospitality sector saw 94,000 new jobs, followed by IT/ITES, 91,000 jobs.

Like Humans Do
IT giant IBM has developed a chip which it says replicates human brain better. The SyNAPSE system can "rewire" its connections as it encounters new data, much like biological synapses in work in humans. Experts claim such advanced chips will help machines perform human-like functions.

Inside Intel
Chipmaker Intel has created a $300-million fund to back technologies focused on Ultrabook computers — thin, light, low-price PCs. Good intent, but reports say Intel is hesitant to cut prices of its CPUs as demanded by several ultrabook vendors. While vendors want a 50-per cent cut, Intel has agreed only to 20 per cent. Profit concerns?

Tony Plays Soccer
Malaysian businessman Tony Fernandes has taken over English professional football club QPR. The founder of low-cost airline AirAsia has secured 66 per cent in the club. He says the plan is to build "something the fans can be proud of". Watch out.