New Delhi [India], January 27 (ANI): Bollywood actor Taapsee Pannu on Wednesday headed to Goa for shooting the last schedule of her upcoming flick 'Looop Lapeta'.
Taking the news on Instagram stories, Pannu shared a picture while waiting at the airport for her flight to Goa. Along with the picture, she wrote, "Now ready to looop it up in Goa! #Last schedule of #LooopLapeta." 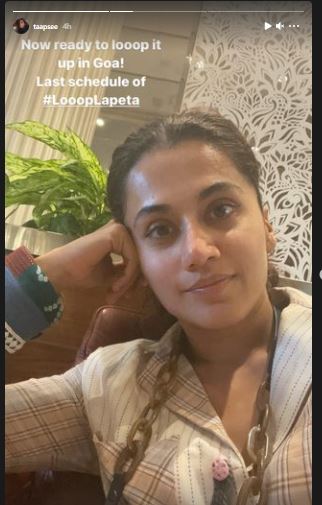 In another Instagram story that she shared a few hours after the first one, she was seen sitting beside a window seat with a COVID face shield. With the picture, she noted, "Kursi ki peti baandh lijiye ab yeh vimaan daudne wala hai! #looopLapeta bound." (Tie the seat of the chair, now this plane is about to run! #looopLapeta bound). 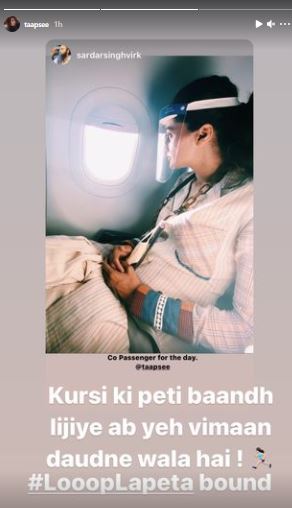 Among the most highly anticipated films of 2021 and an adaptation of the celebrated German cult classic, 'Run Lola Run', 'Looop Lapeta' went on floors in November in Mumbai.
'Looop Lapeta' is being produced by Sony Pictures Films India, Ellipsis Entertainment (Tanuj Garg, Atul Kasbekar), and Aayush Maheshwari.
Two days earlier, the 33-year-old actor also announced the wrap of her upcoming sports flick 'Rashmi Rocket' that chronicles the story of a girl Rashmi and her journey from a tiny village to athletic contests which is expected to release sometime in 2021. Besides that, she also has 'Haseen Dillruba' in the pipeline. (ANI)