TBWA India’s CEO On Their Blink To Cannes Victory

The first step to solve the problem was to ask a really good question, says Govind Pandey, CEO, TBWA India 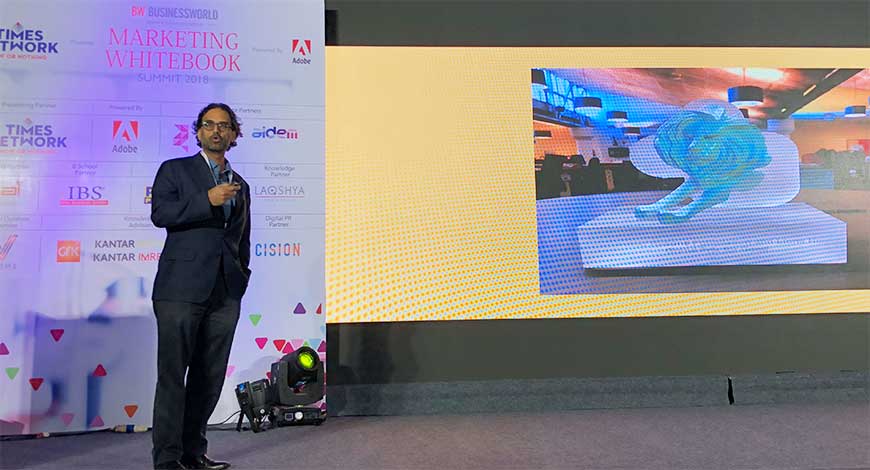 TBWA India recently took everyone by delight with their recent big win at Cannes 2018. Bagging the Grand Prix for Good, the agency has become recognised for creating the world’s first eye sign language for paralysed patients who cannot speak. Govind Pandey, CEO, TBWA\India in his creativity address called ‘Taming the Lion’ at the 14th edition of the BW Businessworld Marketing Whitebook Summit shared what really help the agency make the cut.

As the world’s first eye language guide for those suffering from ALS, spinal cord injury, amongst other illness, the kit and manual designed by the team aims to start a conversation for those rendered speechless due to paralysis. TBWA\ India’s work provides a combination of more than 50 eye movements that help facilitate easier patient communication with their caregivers.

Pandey contended that when the team started working on it, the first step to solve the problem was to ask a really good question.” It was simply about what is the most essential communication that we need to do.  It was an exercise in design and about can we design something extensive and intuitive?” he said.

He opened up on how the outcome of what looked like an unsolvable problem was actually a simple solution. “The problem has been there in the doctor-patient community for a long, long time. It was our ability to see a simple solution to sort that out,” shared Pandey. He opined that often we see only what we’re conditioned to see. “It’s because when we see something, there are certain preconceived notions that occur to us and our brains are wired to see certain things in a certain way.”

The CEO reasoned that at times, it’s difficult for us to think differently. “There’s an inherent assumption that complex problems require complex solutions. For us it was about getting a simple, human, intuitive solution that everyone can use,” he said.

He explained that while there are various technological solutions available in the market addressing the problem, given the sky-rocketing prices, it remains unavailable to a large section of the population. However, the agency’s simple and affordable solution became something not only that the United Nations Foundations endorsed but also effectively solved an issue that was begging for attention.