Swinging To The Right Side 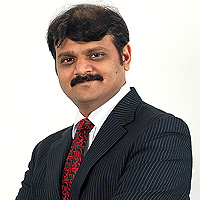 It could be luck, but Shah thinks otherwise. "It has nothing to do with market calls," he says. "When I came on board, I had a singular idea: buy the best businesses in the country run by the best people." After the general elections, when everyone thought infrastructure would rally, Shah stayed bullish on consumption and banking, and underweighted infrastructure.

Shah's ability to outperform the benchmark under any market condition is why Canara Robeco Equity Tax Saver Fund bagged the Businessworld Best Mutual Fund Award in the Equity Tax Saver category in 2010. In the past three years, the fund returned 7.94 per cent on a risk-adjusted basis, 111 basis points higher than its nearest competitor HDFC Tax Saver (6.83 per cent). In the same period, the benchmark BSE Sensex rose by a mere 0.36 per cent.

Whenever there have been wide market swings, Shah has managed to be on the right side. In 2008, the fund outperformed the category on the way down, and on the way up in 2009. Even during the 10 per cent fall this January, the fund bettered the benchmark by 300-400 basis points.
What has worked for Shah is his banking stock picks: HDFC Bank, Punjab National Bank, IndusInd Bank, Bank of Baroda, Indian Bank and Allahabad Bank. His bets in the IPO market, too, paid off well — especially Jubilant Foodworks, Oil India, Coal India and Hindustan Media Ventures. In mid caps, Cadila Pharma and Godavari Power were winning bets.

Shah has been selective in the IPO market — he and his team invested where they found value and had strong conviction in the business and the management. "The performance is a culmination of three years, which is why we are a 5-star rated fund," says Shah.
In 2010, the fund's performance has been in line with the benchmark. It did, however, underperform when the market went up as its portfolio may have been too defensive. But when the market fell, Shah was able to protect his capital.

It is this ability to protect capital that has drawn investors. In the year ended 31 December 2010, the assets under management (AUM) rose to Rs 234.56 crore from just Rs 86.15 crore in December 2009. The BSE Sensex rose nearly 17.5 per cent in the same period.

For the past nine months, though, Shah has been cautious. Since October 2010, he has gone underweight on banking. "We have been concerned about the deficit, inflation and rising interest rates for six months now," he says.

Shah now plans to invest in companies that have pricing power, the ability to generate cash, and robust businesses, and concentrate the portfolio. In other words, full capital protection.