Sweet That Could Sour 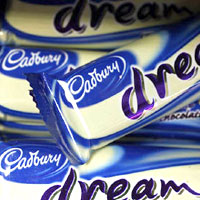 If it is focused on health and weight issues, it has to be aimed at women. Cadbury has fallen into this same gender bender with its first new single bar to be launched since the 1990s — Crispello —targeted at women. At 165 calories, it claims to be a hundred calories lighter than the other single bars. Will women actually bite into this?

The chocolate major, now owned by Kraft, has trotted out research to support Crispello’s positioning. It says the reason why its annual sales have fallen by 6.6 per cent in the 800-million pound single bar chocolate market is because diet-conscious women are not buying chocolates.

But, perhaps, women are not buying chocolates because they do not need to — there are enough and perhaps more than enough men gifting it to them.

And, would they really like to be presented with a diet chocolate? Well, it may not be taken as a  compliment. Seems like this move — and the chocolate — may prove more bitter than sweet.