New Delhi [India], Aug 15 (ANI): Left-handed batsman Suresh Raina on Saturday announced his retirement from international cricket.
Raina's announcement came minutes after MS Dhoni's decision to bid adieu to international cricket.
"It was nothing but lovely playing with you, @mahi7781. With my heart full of pride, I choose to join you in this journey. Thank you, India. Jai Hind," Raina wrote on Instagram. 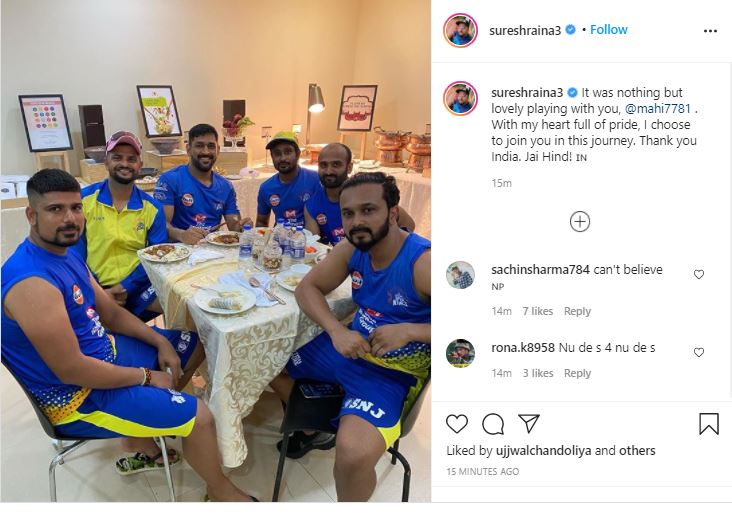 It was on July 30, 2005, when Raina made his debut for the Men in Blue. He went on to make his debut in an ODI match against Sri Lanka at Dambulla.
In his first ODI, Raina did not have a good outing as he was sent back to the pavilion on a duck. But over the years, the left-handed batsman managed to change his fortunes to become one of the finest white-ball cricketers.
Raina is also the first Indian batsman to register centuries in all three formats of the game.
The 33-year-old has played 18 Tests, 226 ODIs, and 78 T20Is for India. Raina also cemented his place as one of the best fielders ever to play the game for India.
With Raina on the field, the opposition was always reluctant to run when the ball used to go him, and the cricketer rarely missed any catches.
Raina, always chirpy and bubbly on the field, has always been a team man. The left-handed batsman scored 5,615 runs in ODI cricket at an average of 35.31.
The left-handed batsman also registered 768 runs in the longest format of the game with his highest score being 120.
In the shortest format of the game, Raina scored 1,605 runs at an average of 29.18.
He was also a part of the 2011 World Cup-winning squad and the batsman had played crucial knocks in the quarter-finals and semi-finals of the tournament.
Raina would now be seen in action for the Chennai Super Kings (CSK) in the Indian Premier League (IPL).
The tournament is slated to begin on September 19 in the UAE. Dhoni and Raina are popularly known as Thala and China Thala among the fans of the franchise.
Raina is also the second-highest run-getter in the history of the IPL, only behind Virat Kohli.
The batsman has played 193 matches in the tournament and has managed to score 5,368 runs at an average of 33.34. (ANI)