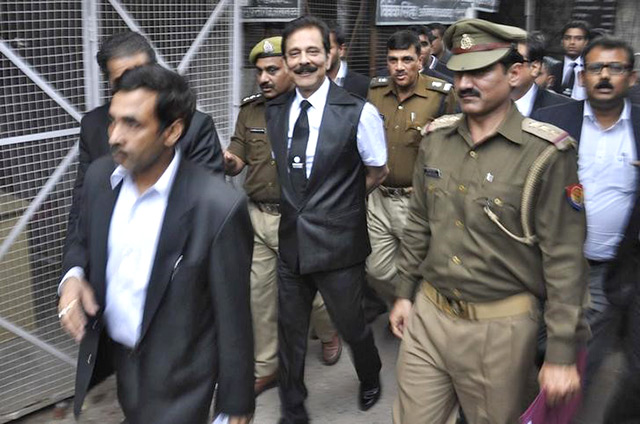 12 February, 2015
Print this article Font size -16+
The Supreme Court has asked conglomerate Sahara to submit a fresh plan for raising funds against its properties after the collapse of negotiations with a U.S.-based firm last week, an independent lawyer advising the court on the case said.

Sahara is struggling to raise cash to fund bail for its jailed boss. Last week it described as fake a Bank of America letter intended to show that U.S.-based Mirach Capital had enough funds to arrange a $2 billion deal.

Sahara was in funding talks with Mirach that would have involved refinancing the conglomerate's overseas hotels, including New York's Plaza and Grosvenor House in London. Mirach has denied forging the bank letter.

"I mentioned the matter (in the court) because of the allegations and counter-allegations between Mirach and Sahara," Shekhar Naphade, an independent lawyer advising the Supreme Court on the case against Sahara boss Subrata Roy, told Reuters.

The court then asked Sahara to submit a new fundraising plan, Naphade said. "Their deal with Mirach is over. As and when they make the application we will see," he said.