Summers Get Hotter For B-Schoolers 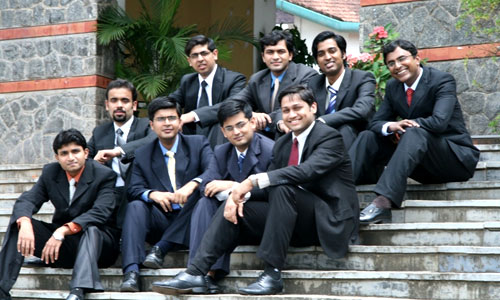 
Sectorial Break-Up
The number of students opting for different sectors depicts the sectorial break-up of placements. Although the overall sectorial distribution for finance has marginally lowered across the B-Schools, it still remained the most preferred sector for B-Schoollers. Famous for the finance-inclination, IIM-Calcutta's 37 per cent of the students opted for opportunities in the ibanks and BFSI sector. The number is however, lesser than last year when 44 per cent students had opted for finance.

break-page-break
Marketing was the second most preferred sector in most of the top B-Schools. Around 47 per cent of the students opted for marketing profiles at IIM Indore this year - highest across all the sectors. Third most popular sector was consulting. Other popular sectors among the students include pharmaceuticals, IT, operations, manufacturing, and media & entertainment.

The top consulting giants including the Boston Consulting Group, McKinsey and AT Kearney made 70 per cent more offers than last year at IIM Bangalore. Other premiere consulting firms that hired interns in bulk across the B-Schools include Arthur D. Little, Accenture Business Consulting, Deloitte Consulting, and Ernst & Young.

It's Different
Apart from the surge in offers and stipend, the summer placements were marked by a series of 'new trends'. The biggest shift came from IIM Ahmedabad that has adopted the cohort system of placements for the summer placement process this year. IIM Ahmedabad had incorporated major changes in its final placement process last year when it switched from the decades-old slot system to cohort system – a rolling system of placements. The new system allowed companies to interact with the students for a longer period of time where group processes and interviews were decoupled and held on different days during the process.

A higher number of students chose to opt out of the internships to pursue the lesser explored avenues at IIM-A this year. Four students chose to work under Dr. APJ Abdul Kalam on the PURA project (envisaged by him). Another student with an interest in governance and public policy formulation would be interning under Shri Prem Das Rai, Member of Parliament from Sikkim.

Several students (IIM-A) keen to pursue a challenging and entrepreneurial experience have chosen to intern with the National Innovation Foundation (NIF), an initiative of the Department of Science and Technology, Government of India. NIF works towards discovering grassroots innovations and helping those innovations to become self-supporting business activities.

Another premiere B-School - IIM Calcutta became the only B-School in the country to host a $6 bn hedge fund that offered internship to 2 students. It was the second time that a hedge fund visited an Indian B-school after 5 years (first time as well, it was IIM Calcutta).

Summer placements are not just an opportunity for students to get their hands on the real-time projects, but also is an opportunity to explore their area of interest and nail the chances of a full-time job in the same organisation. For recruiters it is a fair chance to spend more time with their prospective employees and make an informed decision while handpicking fresh B-School minds.

With a sudden surge in the summer placement opportunities and corporate and finance biggies once again showing keen interest in the summer sessions after a period of two long years, the coming final placements are in for a better than ever session.