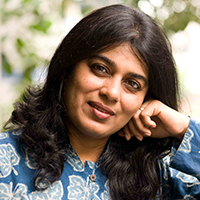 08 November, 2014
Print this article Font size -16+
A long hot summer just got longer and more heated. All thanks to the Delhi University and University Grants Commission's big spat.

As the parent of an almost 18- old who has just finished her CBSE Class 12th board exams and is seeking admission in Delhi University, our summer of discontent is now complete.

A mercury that has been stuck above 45 degrees, no prospect of a vacation until the college admissions are tied up, intermittent power – all this has added up to a long anxious summer for us.  But, at least, we hoped to be done and dusted by end June, first week of July.

For instance, my daughter had already secured admission at the new, much talked about Ashoka University, but after weighing options, we decided to skip it and stick to DU. Especially as kiddo had done us proud with a very good percentage in the Boards.  96 of the best.

We are not the only ones. Several friends whose kids had secured admission in Kolkata and Bangalore and also similarly forfeited those thinking that DU would be a cake walk, are stuck in a similar situation.

Having had chats with other parents and kids, here are some thoughts on the issue.

1) Four years, three years – we don’t care. Both have their own pluses and minuses, but now that it has been introduced, why not stick to it for a few years. There have been several changes in our education system in the past. I have friends who got into college after 11 years of schooling. My parents had 10 plus 2 (pre-degree) plus 2 (degree) in their state, while their younger siblings had to changeover to a three-year degree. But life went on despite the changes. Nobody asked you the length of your education. Okay, there are problems with the content of the FYUP – but those can be rectified.

2) Could we have better communication? A question posed by a teacher at a party I recently attended was on whether someone doing the four-year programme would only have to do a One-year post graduate? What about the MA, MSc and M.com? Do they get shortened? Where do the credits earned from the FYUP get transferred. The linkages have not been made clear at all. The biggest fault of DU has been bad communication I would say.

My kid was the second batch of the new CCE (continuous and comprehensive evaluation) programme that the CBSE rolled out a few years ago, junking the Class 10th boards. But we transitioned to the new system fairly painlessly as the school held several meetings for students and parents, even organising an interaction with the CBSE chairman to clarify doubts.  Here, when the VC does not seem to have got a buy in from the teachers themselves how could they have communicated the advantages of the programme? Perhaps he should have ensured a majority acceptance and trained the educators before embarking on this step.

3) Dilution of brand Delhi University -  at the moment, DU’s brand value is high, so we – parents and kids – are prepared to wait. But eventually market forces will kick in, and we will go off to the host of new options opening in the neighbourhood -  be it Ashoka, Shiv Nadar, Brij Munjal, Amity or Ambedkar University. Interestingly, Ambedkar University offers a double major for a four year programme – a real enticing option.

In the end, the point for the authorities is simple: look before you leap because if you don't, it's us who get hurt.
Tags assigned to this article:
columnists web exclusives opinion 5 ugc chitra narayanan delhi university fyup