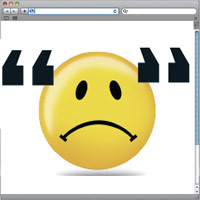 08 November, 2014
Print this article Font size -16+
How often have you lingered over your Facebook status box, racking your brains for a witty update, or spent an inordinate amount of time coming up with a smart retort on Twitter? Admit it — there’s a lot of pressure in social media to come through as a sharp and attractive person. For instance, a survey of American moms by Today magazine shows that Pinterest is stressing out close to half the moms, who complained of feelings of inadequacy after viewing images of elaborate birthday parties, picture-perfect cupcakes and crafting skills. If online imaging causes envy and stress, then Twitter and Facebook  create a lot of pressure on people too with a sort of unacknowledged competition on coming up with the wittiest of status updates or posting envy-inducing holiday pictures. Understandably, a new ‘stress-free’ network has been launched. That’s the USP of  Potluck, a rather pared down social network that asks for no witty comments, no banter; all you need to do is post links. Potluck has been developed by Branch, a New York-based startup. It’s an interesting idea but the surveys on stress also showed that most people, even as they admitted to feeling pressured by social media, also confessed that they couldn’t live without it.

BRAND BUZZ
Suit Up
Dressing up CVs has got a whole new meaning now. Apparel brand Van Heusen is on the hunt for 10 most fashionable professionals and has joined hands with professional networking site LinkedIn for this. The contest is open to LinkedIn members who can nominate 10 people from the network. Judges from Van Heusen will go through nominations and shortlist winners, who stand to get a wardrobe upgrade worth Rs 25,000. And every person who nominates gets discount vouchers worth Rs 500.

DIG THE DATA
Clocking Time
Net users in the US, on average, spend 23 hours a week emailing, texting, using social media and communicating online, according to a study by Internet market researcher eMarketer.

Value Clicks
Each Facebook ‘like’ that a brand page gets is worth $174.17 to the brand, according to a recent research conducted by social intelligence company Syncapse.

Brahma Chellaney
@Chellaney
Author and columnist
If the hallmark of Obama presidency will be “Yes we scan”, the legacy of the Indian government that spurned Snowden’s plea is “Yes we scam”