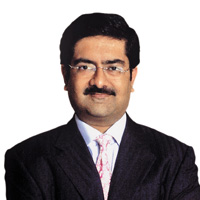 08 November, 2014
Print this article Font size -16+
It is a mini conglomerate — yes, mini-conglomerate seems an oxymoron — but may well become the conglomerate to watch out for. And Kumar Mangalam Birla, chairman of the Aditya Birla Group, is putting money into his ‘incubator' Aditya Birla Nuvo (Nuvo). A conversion of preferential warrants issued to him in June 2009 will increase his stake in Nuvo by
5 per cent to 51 per cent, and cost him Rs 425 crore by end-December this year.

K.M. Birla's vision is to make Nuvo a premium conglomerate with market leadership across several businesses. With investments in new thrust areas, the consolidated revenue of Nuvo went up by eight times in the past seven years — from Rs 1,800 crore to Rs 15,500 crore in 2009-10. Nuvo's net profit of Rs 155 crore in 2009-10 compares well with a loss of Rs 436 crore in the previous year. Financial services contributed 37 per cent of the consolidated revenue, while telecom added 21 per cent. Nuvo's traditional strength manufacturing, has shrunk to 24 per cent.

Here is a question: will Birla unlock value in Nuvo? The answer depends upon what he does with it. An executive with an international bank says Aditya Birla Financial Services (ABFS) wants to launch a bank, assuming that the Reserve Bank of India (RBI) gives it a licence. The central bank published a discussion paper on new licensing norms this August, and the final guidelines may well preclude industrial groups from getting one. Today, ABFS is a non-banking financial services company (NBFC) with Rs 90,000 crore of assets under management, across life insurance, mutual funds and private equity.

Idea Cellular, the telecom services provider in which Nuvo holds 25.38 per cent, has a market share of 12.6 per cent and ranks third on a pan-India basis. From financial year 2006-07 (FY07) to FY10, its annual revenue has grown three times to Rs 12,398 crore. The company has a customer base of 69 million. Where Idea needs cash will be for the roll out of 3G (third generation) spectrum in its allotted 11 circles, says Deven Choksey, managing director of KR Choksey Shares and Securities.

Aditya Birla Minacs, the IT and IT enabled services (ITeS) company in Nuvo, was recently on a shopping spree, acquiring UK-based Compass BPO in March 2010 and US-based Bureau of Collection Recovery (BCR), a leading accounts receivable management company, in June 2010. Following the global crisis, Minacs bled, but in FY10, the company turned its bottom line around, closing some units and downsizing the workforce.

Madura Garments — which owns brands such as Louis Philippe, Van Heusen, Allen Solly, Peter England, People and The Collective — is changing its branding from being an "apparel maker" to a "fashion and lifestyle creator". Crisil, the rating agency, says that the domestic apparel market is expected to grow more than 40 per cent by 2014 — from $26
billion in 2009 to $37 billion by 2014. Nuvo is looking at a larger slice of the domestic pie. "Each company in Nuvo can sustain itself," says Choksey. "The recent upswing in Nuvo's stock is essentially because of investor confidence in its potential."

K.M. Birla has already put in Rs 575 crore in this financial year (as 25 per cent application money) for the conversion of 8 million warrants. Another 10.5 million warrants will be converted by December this year. Talk about putting money behind your faith. Nuvo's stock went up 14 per cent in the last three months; on 14 October alone, it went up 0.48 per cent to Rs 858.75, on a day the Sensex fell by over 190 points. The conversion price set for the warrant issued to Birla is Rs 541.19.