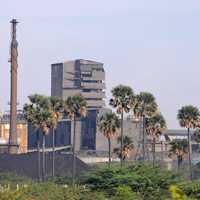 08 November, 2014
Print this article Font size -16+
India's cable makers face a severe shortage of copper and potential manufacturing delays after the closure of the country's two biggest copper smelters, which has pushed up prices and led to a spike in imports.

India's biggest smelter, owned by Sterlite Industries, was shut on 30 March after local residents complained of emissions that led to breathing difficulties, forcing top copper users to rely on rival Hindalco Industries for almost all their copper needs.

But a routine shutdown at Hindalco's Birla smelter this month has raised fears that firms such as Finolex Cables Ltd, India's largest electrical wire and cable maker, may have to turn to costly imports or slow manufacturing.

Hindalco has declined to say how long the Birla smelter will be closed, although industry sources expect a 35-day shutdown.

A fast-track environmental court will resume hearing a case into Sterlite's closure on Wednesday and is expected to hear further arguments. Lawyers in the case say a judgement should come by end-May.

"I think the next period of 5-15 days is very critical," Deepak Mehta, executive director at cable maker Precision Wires India Ltd, told Reuters. Copper makes up about 80 per cent of the raw material costs for cable manufacturers such as Finolex and Precision.

"If the Sterlite smelter comes back on in the next few days, the situation will improve. If it does not, it will be a serious supply issue," Mehta said.

Irrespective of when the smelters reopen, June would be far more challenging than May in terms of supply as the plants would take time to ramp up and inventories would be exhausted, he added.

The Sterlite and Birla smelters account for about 90 per cent of India's total copper output of 690,000 tonnes. The telecom and electrical sectors take up more than half of the country's annual consumption of 610,000 tonnes.

Premiums for the purest form of copper have doubled since the Sterlite shutdown, while imports have also doubled to about 8,000 tonnes a month from countries like Russia, Ramnath said.

Since the closure of the Sterlite smelter, premiums on copper rods have shot up from $165 to about $290 per tonne, and might go up to $350 per tonne, a trader with a Mumbai-listed metals trading firm said.

"Importers are being aggressive and trying to cash in on it," said Satyajit Misra, head of sourcing at Finolex, adding there have been delays in delivery from Birla because of the sudden surge in demand. "Until next month I am comfortable, after that I don't know."

Finolex uses about 4,000 tonnes of copper a month, while Precision Wires consumes about half as much, but the smelter closures are also affecting smaller users.

Crompton Greaves, a $2-billion engineering firm which is part of Indian conglomerate Avantha Group and makes everything from transformers to toasters, relies on Sterlite for its 9,000 tonnes per year copper needs in India.

"We are facing acute shortage of copper and fear production loss," a company spokesman said via email.