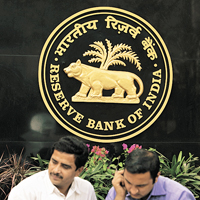 08 November, 2014
Print this article Font size -16+
The rupee's fall to record lows has raised chances that the Reserve Bank of India will take more steps to support the currency, as a strategy built on tightening rupee money markets and raising short-term interest rates has had limited effect.

The worst performing Asian currency of the year so far hit a new life low of Rs 61.80 per dollar on Tuesday, breezing past a previous low of 61.21 hit on 8 July. Central bank intervention helped the rupee recover, but by Wednesday, 7 August, it was sliding once again, to stand around 61.35 by 11 a.m.

Below are the possible steps that the RBI or the government could take to support the currency.