Stemcor's Indian Partner Has First Option On Mine Stake 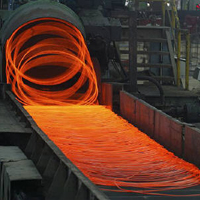 08 November, 2014
Print this article Font size -16+
India's Saraf family, which has 23 per cent of an iron ore mine owned by metals trader Stemcor, would be given the first option on buying out the UK firm if it decides to sell its majority stake, two sources close to both the sides told Reuters.

Debt-laden Stemcor is exploring options for the mine and JSW Steel, Jindal Steel and Power and Tata Steel are some Indian steelmakers to have shown an interest in it, according to executives at the companies.

The mine, with a separate iron ore processing facility that Stemcor fully owns, is estimated to have an enterprise value of $700 million to $750 million, an industry source said earlier.

Though Stemcor has appointed Goldman Sachs to look at options for both the mine and the plant, Indian steelmakers are more keen on the mine because of a shortage of the raw material in the country.

The mine, Aryan Mining and Trading, has reserves of more than 100 million tonnes, with a licence to mine 3 million tonnes per year, according to Stemcor's website.

There have been reports that the mine and the plant could be auctioned given the interest in them.

But the Indian management of Aryan Mining, in which Stemcor has a 77 per cent stake, denied the reports that Stemcor was inviting bids for selling the asset.

"There is a possibility that the Saraf family will bid for the stake as they have the right of first refusal," said a source close to the Indian management of Stemcor.

A Stemcor source said Goldman Sachs was looking at ways in which the company could "bring in new investments into the assets or scale down its own investment".

Stemcor, controlled by the Oppenheimer family, has come under pressure from lenders to sell assets after it failed to refinance a $850 million loan due in May.

"Everything is at a very early stage. We're not going to do anything that might offend our partners," said the Stemcor source, who declined to be named.