Staying In The Zone 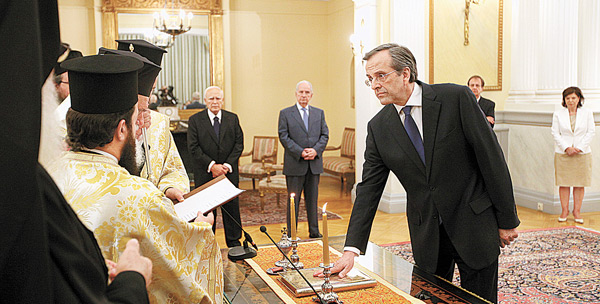 As far as penalties go, this one's big. The Competition Commission of India slapped a fine of more than Rs 6,000 crore on 11 cement firms for forming a cartel. The fine accounts for 50 per cent of their profits in FY2010. The commission found that the companies fixed prices during May 2009 and March 2011 and underused plants to create a shortage. The penalised firms include ACC, Ambuja Cements and JK Cements. They, however, denied all the charges.

Growing Numbers
India's total number of GSM subscribers stood at 677.85 million in May, showed Cellular Operators Association of India data. That's an increase of 7.27 million from the previous month. Among service providers, Bharti Airtel topped the list by adding 2.01 million users. Bharti holds more than 27 per cent market share, with a subscriber base of 185.3 million. Uninor, which was hit by the 2G licence imbroglio, grew in its user base by adding 1.52 million customers in May, taking its user base to 45.08 million.

Bitter Pill
If the US Food and Drug Administration (FDA) has its way, India's generic pharma companies will soon have to pay a hefty fee to sell their products in the world's largest drug market. The FDA is introducing a Generic Drug User Fee Act which will enable it to levy a fee of about $100,000 on each generic drug application. The norms may come into force in October.

Power Pact
The Tata Group has tied up with France's Dassault Systemes to make an electric car. Tata Technologies, the group's engineering services outsourcing arm, completed the first feasibility study of the electric vehicle using Dassault Systemes' 3D experience Platform. The car is expected to be priced below $20,000 (over Rs 10 lakh), says Kevin Fisher, president (vehicle programmes and development group), Tata Tech. But he did not specify when it would roll out the vehicle.

Bad Omen
Advance tax collections from corporate India in April-June show a meagre 4.9 per cent increase to Rs 32,882 crore. This is a steep fall from the 19 per cent growth to Rs 31,346 crore seen a year ago. A sign of companies foreseeing a slowdown in earnings?

Time To Tab
It seems Microsoft too wants to have a foothold in the lucrative tablet market. The IT giant unveiled a tablet, Surface, in an attempt to take on the mighty iPad and Samsung's Galaxy Tab. Surface will have what many of its ilk do not possess — a keyboard. It will have a removable rubberised keyboard that also acts like a book cover.