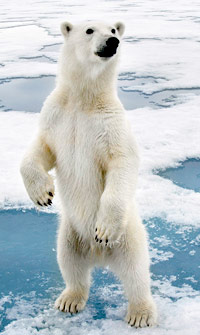 08 November, 2014
Print this article Font size -16+
The frozen climes of the global economy are an uncharacteristic breeding ground for economic growth. But India Inc., it seems, has more than just tropical warmth going for it. The widely feared ‘fiscal cliff’ in the US and its impact on the slow — and slowing — world economy clearly wasn’t a deterrent as corporate India’s ‘big’ became ‘bigger’ in fiscal 2011-12, even though it left their bottom lines in disarray.

The BW Real 500 is the only corporate ranking of its kind that encompasses the past (assets accumulated over the years), the present (income in the current fiscal) and the future (market capitalisation, a measure of how the stockmarkets see the company’s future). This distinguishes it from other rankings of companies (that will follow the BW Real 500), which are based on either one of the dimensions. Despite the ongoing slowdown, the size of this year’s top 500, which is ranked by total assets + total income, grew by a healthy 21.05 per cent.

Given the growing heft, India Inc. remained largely unscathed in the fiscal ending March 2012, with both assets and total income registering a healthy growth. So, does it mean that the demand side of the economy was holding on before it got worse? After all, among this year’s top 10, Reliance Industries (35.74 per cent) and Tata Motors (35.70 per cent) grew the most in total income, while NTPC (12.34 per cent) and Tata Steel (12.63 per cent) had the slowest growing toplines.

Apparently, not all of the revenue growth came from companies selling more to meet growing demand. Instead, it may be because they raised the prices of their products. “Revenues went up because of higher prices, not demand,” says Jagannadham Thunuguntla, head of research at equity research firm SMC Global Securities. “Sales rise is because of high inflation... in mid-2011... manufacturers passed on almost all of their input cost increases,” adds Nomura Global Economics Research’s Sonal Varma, an economist who recently co-authored a report: India: Pricing Power Has Turned a Corner.

The corporate bottom line, however, is the real twist in the tale. Profit after tax for the top 500 companies fell 8.09 per cent as their debt rose 27.23 per cent, a rate far higher than the growth in income. Domestic debt became essential as equity offerings and foreign debt dried up.

But, local debt came at a higher interest rate. “Margins are squeezed because of interest and raw materials (price rise),” says Thunuguntla. Besides, as the Nomura co-efficient of cost pass-through suggests, rising competition brought down the pass-through to just 40 per cent of the raw material price increases by Q2 of calendar 2012. Since then, it has hovered around 0.50, implying companies have been able to raise prices only up to 50 per cent of their cost increases. It’s hardly surprising then that five of the top 10 companies reported lower profit after tax, ranging from negative 27 per cent to negative 89 per cent compared to 2011. At least three of those whose net profits increased reported sub-par growth.

As interest servicing became harder due to low profitability, as soon as the fiscal ended, corporate debt restructuring proposals hit an all-time high of around Rs 2 lakh crore in June. “Companies that had built capacities had to do whatever it took to keep sales going,” says Kaushal Sampat, president and CEO, Dun & Bradstreet India.

The silver lining, however, is that cash registers seem to be ringing yet again with encouraging early bird results showing growth in both revenues and profits. “The worm has certainly turned,” says Sampat of Dun & Bradstreet. A fresh burst of foreign investment reforms has nearly doubled the FII investment in September to over $3 billion, sparking excitement in the stockmarket. The government has shown some inclination to rein in fuel subsidies, raising hopes of fiscal discipline. And the finance minister has repeatedly promised that there’s a lot more to look forward to.