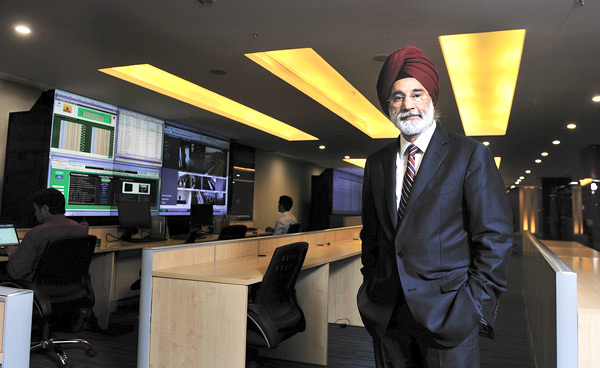 However, not everyone agrees. A senior executive of a leading system integrator (SI) says that existing skill sets or customer relationships of managed services players are not easy to replicate. "Most of the large SI players can provide the entire gamut of servers, storage, software and can always lease bandwidth. While Tulip is correct in saying that customers are looking to work with fewer vendors and want ‘one throat to choke' they will not find it easy to crack this market."

Where's The Money, Honey?
Tulip Telecom over the last five years has grown at a CAGR (compound annual growth rate) of 22 per cent and has nearly tripled its revenues during this period. However, all this growth has come at a huge cost. Today the gross debt of the company is almost equal to its annual revenue. This has the market worried. Emkay Global Financial Services in a report released in May, pointed out that tepid revenue and margin growth, along with a highly leveraged balance sheet was a big concern.    "Management's guidance for slower growth led by tough economic conditions and continuous debt increase due to higher funding required by data centres becomes worrisome," reads the report.

Financial services firm Citi, in its report on Tulip, released in May, expressed similar concerns. "Th business will continue to guzzle cash ahead, given its mid-way through investment cycle. Slowing economy has a cascading  impact on the business with slower order wins, pricing pressures and delayed payments from customers." With debt at Rs 2,330 crore as of third quarter of FY12 and an average borrowing cost of close to 13 per cent, the company needs to pare down this quickly to continue its  exemplary growth story.

Tulip, says senior Bedi, is acutely aware of the challenges. He recently exited the joint venture (JV) with Qualcomm for broadband wireless access in which he had invested Rs 140 crore and had a 13 per cent stake. Bharti Airtel had picked up a 49 per cent stake in the JV for $165 million. Bedi says he will use the funds generated from the stake sale for paying off part of Tulip's debt and towards business expansion. Further reduction in debt could be considered by selling  stake in one of Tulip Telecom's subsidiary companies. This could be done at the data centre level. "If NTT of Japan can pick up a 74 per cent stake in Netmagic (another Indian data centre provider) for Rs 600-700 crore, IDC in a recent report says we can be valued at 5-6x of our data centre revenues, which I expect to be Rs 1,000 crore in three years. So I could unlock value at the Bangalore data centre which is a separate subsidiary," says Bedi.

Between him and his family owning 70 per cent of the company's equity, would this also mean a dilution of their holding? Bedi is quick to assert that he is not in a hurry to do this. "Early on I realised the value of not diluting quickly. When the PE players could not recognise my value, investors sitting in Gujarat and elsewhere did. Since we went public in January 2006, I have been clear that I will look at further dilution only when the value is right." He adds, "Our aim is to grow into India's largest data company."